Drunk Stoned Brilliant Dead: The Story of the National Lampoon 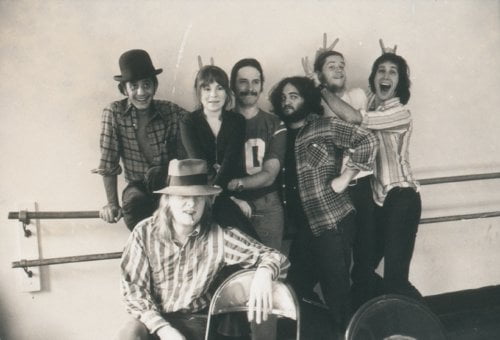 In 1970, three young college graduates, former editors of the Harvard Lampoon, launched a satirical magazine that would become an icon in the 1970s and beyond – The National Lampoon. Documentary filmmaker Douglas Tirola mines a wealth of archival footage and interviews with those who were “Drunk Stoned Brilliant Dead: The Story of the National Lampoon.”

Back in the ‘70s, during my radical prime, I was a big fan of National Lampoon magazine and, later, of the radio show that it spawned. That show ran from 1973 to 1974 and introduced the world to the talents of John Belushi, Chevy Chase, Bill Murray, Gilda Radner, Harold Ramis and many more. The National Lampoon alumni were the forefront of how comedy, on many levels, would be shaped by their influence for decades, Douglas Tirola’s source material – and there is a lot of it – is chock-a-block full of the magazine’s oft controversial articles, art work and, most famously, the cover art – the most famous show a cute dog with a gun to its head with the banner, “If you don’t buy this magazine, we’ll kill this dog.” I remember the magazine well but the covers left the most indelible mark on me. Tirola structures the film via the history of the Lampoon as its talented editors made the leap from Harvard to National. It is chronological telling of the National Lampoon, not just as a popular satirical magazine but a juggernaut whose resonance and influence continues to this day. The contributors to “DSBD” are far too many to list, aside from the abovementioned, but most will be recognizable to most of us who became adults in the 1970s, particularly the old SNL fans. I am not sure about younger crowds, though.