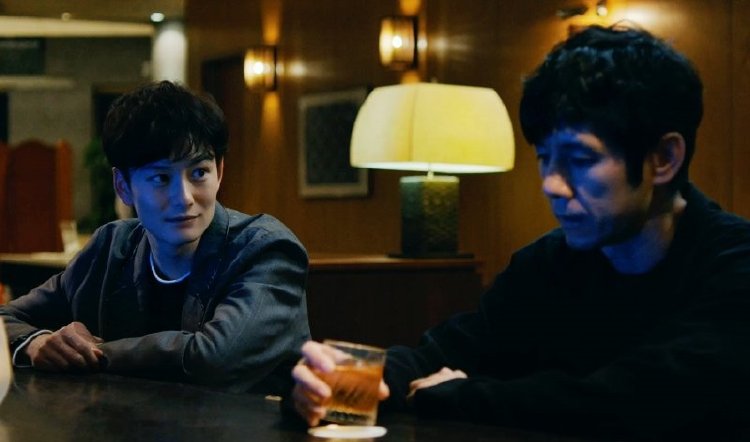 Two years after the death of his wife, a successful screenwriter, famed theater actor/director Yusuke Kafuku (Hidetoshi Nishijima) is invited to stage a production of ‘Uncle Vanya’ in Hiroshima.  After specifically asking for a hotel an hour away from the theater in order to continue his practice of running lines while driving his beloved old red Saab 900, Kafuku is taken aback to learn that it is the theater’s strict policy to hire a driver for visiting artists.  Kafuku is surprised by how well young Misaki Watari (Toko Miura) handles his vehicle and their evolving trust ends up helping them both overcome past trauma in “Drive My Car.”

Adapting the Haruki Murakami short story to expound upon his own themes of performance and identity, cowriter (with Takamasa Oe)/director Ryûsuke Hamaguchi ("Happy Hour," "Asako I & II") charts dual journeys of grief, each fueled by a different emotion.   Hamaguchi first began to catch on with U.S. cinephiles with his 2015 film, “Happy Hour,” but has exploded in 2021, first with his winning anthology film “Wheel of Fortune and Fantasy,” and now this latest which has been scooping up year end critics’ awards.  You know you’re in good hands when a three hour run time goes down easier than many half that length (a feat he also achieved with the five plus hour “Happy Hour”), but while that length is getting attention, it should not be this film’s distinction, nor even the oddity of opening credits occurring forty-five minutes in.  This introspective film features a superb central performance from Nishijima as well as several notable supporting players.  And for a film about grief, it is also incredibly hopeful.

Hamaguchi’s opening shot is like something from the French New Wave, a postcoital scene of a woman in shadows regaling her nude lover with an odd story of a woman who breaks into the house of a young man she likes when no one is home.  We will learn that this is Kafuku and his wife, Oto (Reika Kirishima), and he will later hear the end of that story years after his wife’s death from the young actor, Koji Takatsuki (Masaki Okada), who is unaware that Kafuku knows he was Oto’s lover.  Kafuku is perplexed by his wife’s relationship with the seemingly vapid if handsome younger man, weighing it against their own long-lived and rewarding marriage, then finds himself befriending Taka and even gaining insights after casting him as the lead in his Hiroshima production of ‘Uncle Vanya,’ an action which in turn has perplexed Taka.

Then again, everyone in “Drive My Car” appears to have a surprise up their sleeve.  Hamaguchi delves into the various ways humans make connections, beginning with Kafuku’s unusual predilection for appearing in global productions of classics in which the cast all speak their native language, a translation for the native audience appearing on a monitor mounted above the stage.  He casts one woman (the wonderfully expressive Park Yurim) who ‘speaks’ in Korean sign language.  Later, a dinner invitation from the theater’s genial dramaturge Yoon-su (Jin Daeyeon), one to which Misaki is also welcomed, will reveal that this actress is his wife, a secret kept so as not to influence Kafuku’s casting or direction.

Hamaguchi has brought so many layers to Murakami’s story, like Kafuku and Taka’s ‘before and after’ car accidents or Kafuku’s rehearsal method which discourages actual acting in favor of the text (which itself circles back to Oto’s storytelling).  But the meat of his film can be found in that story, one in which two strangers engage in profound conversation.  Kafuku finds a connection to Misaki, who is the same age as the daughter he and Oto lost in childhood.  And Misaki eventually confesses her own complex loss, culminating in a lengthy road trip to her home town.  Hamaguchi efficiently tells us about how these characters have affected each other’s growth with a single shot on one of them, which also proves a perfect encapsulation of the film’s title.  “Drive My Car” is simply sublime.