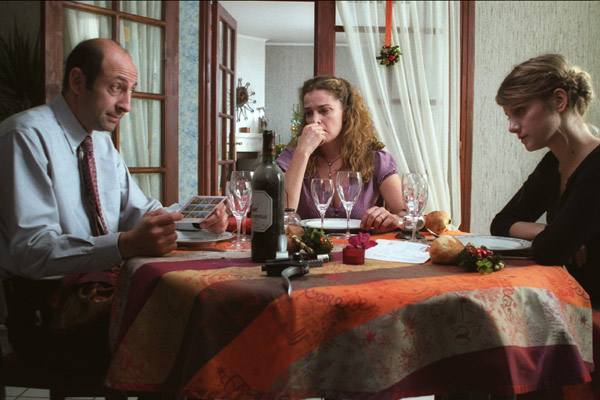 When Lili (Mélanie Laurent, "Days of Glory") returns home from a holiday in Spain, she is distraught to learn that her twin brother, Loic, has left after an argument with their father (Kad Merad, "The Chorus"). Not believing the reason given to her and unable to comprehend why Loic has not attempted to contact her, Lili refuses to eat and ends up in a psychiatric hospital. She only returns to the land of the living when her parents, against doctors' orders, deliver her a letter from Loic telling her "Don't Worry, I'm Fine."

Writer/director Philippe Lioret (adapting from the novel by Olivier Adam) has crafted a multi-layered drama about personal discovery, family dynamics, friendship and grief and young star Laurent delivers on every level. "Don't worry, I'm fine" starts off about one thing, then takes us on many unexpected paths towards its heroine's self awareness. Lili lashes out when her parents' explanation of 'a messy room' being the cause of Loic's disappearance does not satisfy. She breaks down in tears during a celebratory dinner with new friend Léa (Aïssa Maïga, "Caché," "Paris, je t'aime," "Bamako") and Léa's boyfriend Thomas (Julien Boisselier). She deteriorates physically and when she passes out in school, the warning bells go off. Put in isolation against her parents' wishes, Lili tries to break out with an assist from the incredibly supportive Léa and Thomas. She is finally force fed and the upset Paul and Isabelle Tellier (Isabelle Renauld, "Monsieur Ibrahim") overturn the doctors to bring real sustenance in the form of a letter. Lili returns home and the letters continue regularly, each from a different location describing a life on the road as a musician, each referring to pere Tellier as a creep. Further rebelling against her father, Lili follows Léa's lead in taking a job as a supermarket clerk and over the course of time, two significant changes take shape - Thomas shifts his attentions towards Lili and Lili becomes more proactive about locating Loic. "Don't Worry, I'm Fine" is such an unusual journey tripped by such a seemingly odd event that its overall effect is difficult to describe - this is a film which really must be experienced. And due to Laurent's fine performance, experience it we do, every step of the way with Lili, learning things about her and her outward world just as she does. Support is terrific, with Merad making Paul's motivation's spring from a mysterious place while always still projecting parental love and concern. Aïssa Maïga, so notable in her "Paris, je t'aime" segment, has great screen presence and portrays a most loyal and convincing best friend - we half believe she lets Thomas go as a gift to Lili. Lioret invests his film with numerous little bits of mystery like that, because life, after all, isn't always so clear cut. If the film's climatic disclosure could, upon reflection, seem a bit of a stretch, it is to his actors' credit that in the moment it is all well founded.