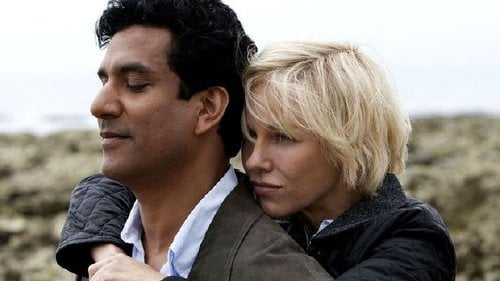 Fifteen years after the fairy tale wedding of the century, the Princess of Wales was separated from the father of her two boys, looking to reinvent herself under the glare of a continual media spotlight. When she gets a panicked call from a friend at Brompton Hospital, she rushes to her side, and is introduced to Pakistani heart surgeon Dr. Hasnat Khan (Naveen Andrews, "The English Patient," TV's 'Lost'), the only person there who doesn't appear tongue-tied by her presence. Her expressed fascination with his place of work leads to a date for "Diana."

When we first lay eyes on Naomi Watts ("The Impossible," "Adore") as the People's Princess, German director Oliver Hirschbiegel ("Das Experiment," "Downfall") plays it coy, keeping the woman's face mostly hidden as she prepares to leave her Ritz hotel room on that fateful night in Paris. But that ploy only calls attention to a woman who appears to be uncomfortable walking in heels on carpet, something Diana would surely have mastered. A cutaway reveals an initialed pocketbook on a chair, but it's never taken. In this very first establishing scene, things seem a bit off. Stephen Jeffreys' ("The Libertine") adaptation of Kate Snell's 'Diana: Her Last Love' is an attempt to change the once commonly held conception that Dodi Fayed (Cas Anvar, "Source Code") was Diana's intended, but anyone interested in the princess probably knows otherwise. Only Dodi's father, Harrod's owner Mohamed Al-Fayed, is likely to contradict this version of events, at least with regards to Diana's love life. Others, however, are likely to wonder if the froggy-throated stalker depicted here, despite a couple of concessions to canny media manipulation, is really all there was. "Diana" presents the last two years of the princess's life as being just about completely consumed with getting Kahn to marry her and move to warmer climes, probably Pakistan, where they presumably could live more normal lives. Nothing is said about repercussions from the Palace (Kahn is a Muslim) and we only see her with her sons, Princes William (Laurence Belcher, "X-Men: First Class") and Harry (Harry Holland, "The Impossible") once. Ironically, it is Kahn who is the more interesting character here and his first night at Kensington Palace, where Diana attempts to cook a healthy meal only to discover her crush prefers Burger King (and smokes and enjoys his wine), is one of the film's only real highlights. Andrews presents Kahn as a desperately private man who gets a kick out of Diana's normalcy and is moved by her charitable works (it was Kahn who encouraged her to 'think outside the box' as she tried to bring attention to landmine victims resulting in her famous walk across a dangerous field). Andrews and Watts are playful together, but he never brings any true passion to Kahn's feelings. Watts has taken on a huge challenge, but the actress only convinces in the moments Diana shows compassion for victims, all readily documented for recreation. The production jet sets around the globe convincingly, from Dodi's yacht off the Italian coast to Diana's charitable trips to Angola and Bosnia as well as her secret visit to Khan's family in Lahore. Red carpet events are offset with paparazzi hounding on the streets of London (when photographers gather outside Kahn's apartment, we see Watts climb over a back fence, then meet composite 'friend' Sonia (Juliet Stevenson, "Truly Madly Deeply") in public in the wee hours, a run in her stocking). Sound is problematic, dialogue often conflicting with tinny ambience. "Diana" sets the Dodi/Haznat record straight, but the director who brought so much complexity to the last days in Hitler's bunker reduces Diana's last years as an immature response to an impossible dream.