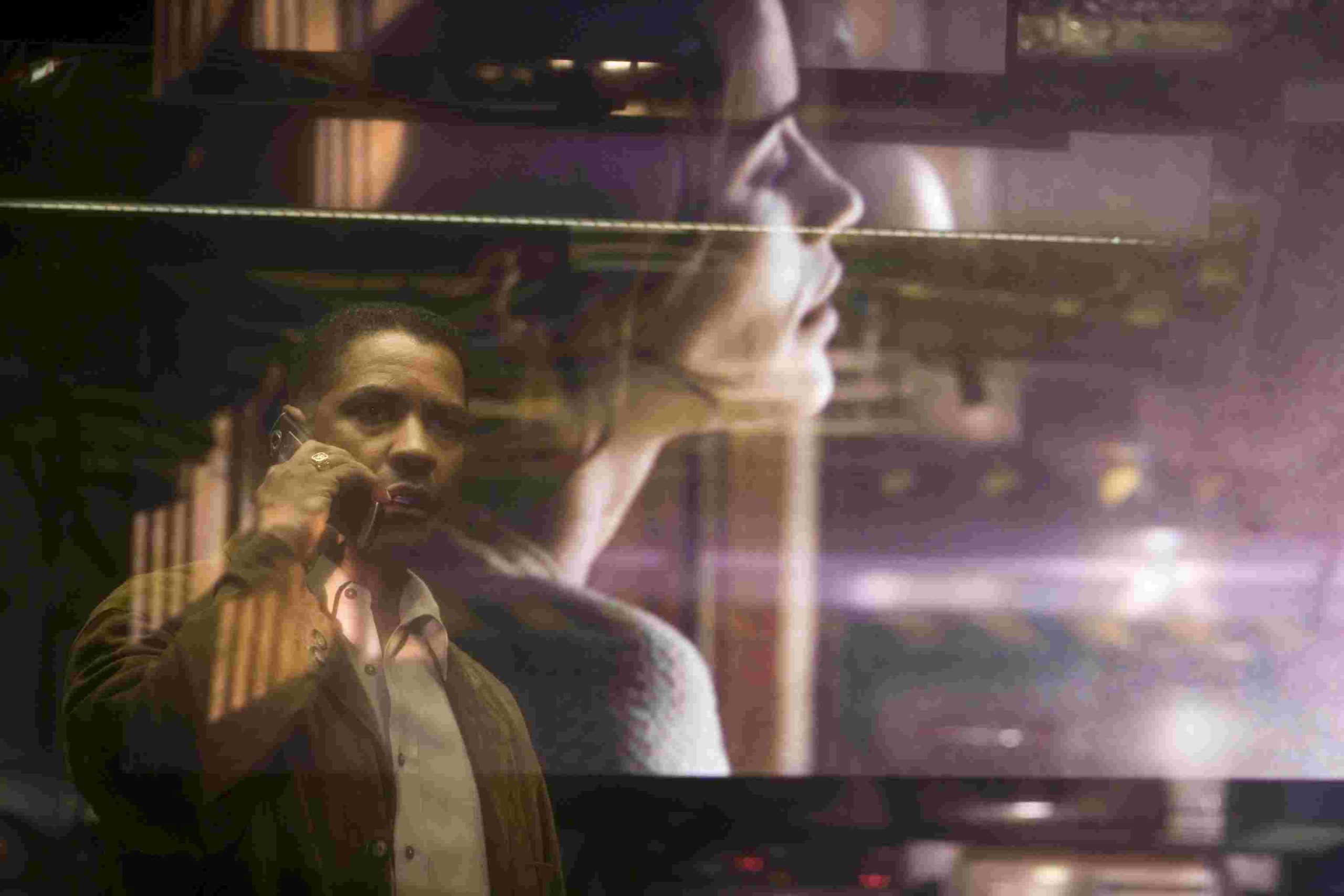 When a terrorist blows up a New Orleans ferry full of returning U.S. Navy troops and their families, ATF investigator Doug Carlin (Denzel Washington, "Inside Man") ties the perpetrator to Claire Kuchever (Paula Patton, "Hitch," "Idlewild"), a beautiful young woman found murdered on the same day. Invited by F.B.I. Agent Andrew Pryzwarra (Val Kilmer, "Kiss Kiss Bang Bang") to join an investigative unit led by Dr. Alexander Denny (Adam Goldberg, "The Hebrew Hammer'), Doug discovers they have created a wormhole and resolves to go back in time to save the young woman in "Deja Vu."

Director Tony Scott continues his fascination with surveillance ("Enemy of the State," "Spy Game," "Domino") with this post 9/11/Hurricane Katrina romantic sci-fi action adventure thriller. Part "Laura," part "The Time Tunnel," and most disturbingly, part recent newsreels, "Deja Vu's" genre grab bag works as popcorn entertainment while reflecting, if not necessarily commenting upon, the zeitgeist. Of course, one must forgive the silliness Denny and company offer up to Carlin as an explanation for their ability to monitor events of four days and six hours ago from any viewing angle and through walls but without the recourse of rewind or fast forward. It is a collection of satellite pictures, they say, and their computer program combined with massive amounts of data make it impossible to store. Carlin recognizes this as bunkum and proves his theory by pointing a laser over Claire's shoulder and seeing her react to it. The woman who was found floating near the disaster and covered with burns four minutes *before* the explosion was likely killed because the terrorist secured her vehicle to mount the bomb. And while the script by newcomer Bill Marsilii and Terry Rossio ("The Mask of Zorro") takes care to cross their time traveling T's (actions changed in the past result in the same future - up to a point), they fail to address why Doug tries to prevent Claire's murder rather than the deaths of 150 aboard the ferry, although the hero eventually gets around to it. This is a walk in the park for Washington, who convincingly falls for a corpse then gets to know the woman (there were titters in the screening audience, however, when surveillance managed detailed interior closeups of the woman - even wormholes shouldn't have camera angles) and Patton makes Claire a woman worth saving, but with the exception of Cavaziel and Goldberg, the rest of the cast is fairly interchangeable, the likes of Kilmer, Bruce Greenwood and Elden Henson taking on stock Hollywood types. After playing so many Christ-like roles, Cavaziel is refreshingly good as an evil villain, although the writers do not articulate his motivation well enough. Scott, who thankfully dispenses with his skittery editing style (that comes through only in the wormhole imagery), keeps his film barreling forward even when it's moving backwards, and maintains suspense if not always suspension of belief. A terrific chase scene where Washington drives a mobile observation vehicle while following a van in a different time zone is imaginative and witty. "Collateral" cinematographer Paul Cameron keeps the whole thing looking slick, and pioneered new techniques to combine the past with the present. It is unsettling to see a film like "Deja Vu," a sheer entertainment, use images of falling, burning bodies, and yet one must admire the effects used to create the catastrophe. This hybrid film, which mixes current events with the fantastical, ends up being a bit of a mixed bag itself. I can't help feeling I've seen it all before.