Deceptive Practice: The Mysteries and Mentors of Ricky Jay 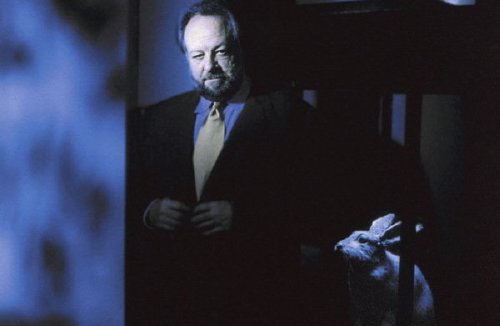 I know Ricky Jay as an actor, especially his work with writer/director David Mamet. But, the actor got his start on stage with his prestidigitation feats at the age of seven and has never given up his magical art. Jay talks about those magicians who helped and influenced the young conjurer, and those rookie magi who Jay later helped, in “Deceptive Practice; The Mysteries and Mentors of Ricky Jay.”

This is definitely aimed at the niche audience who are fans of magic and sleight of hand and other geeky pursuits. Fortunately, I have been a member of that niche since I was a kid – yes, magic shows were around when I was a child – so this, before the first frame, I am a fan of. And, this first feature work by longtime editor Molly Bernstein showcases not just the talented Jay, but also those who influenced his craft throughout his life. I was expecting a documentary about magicians to focus on the big name masters of prestidigitation of today, such as David Copperfield, Doug Henning and Siegfried and Roy. Instead, Ricky Jay and Molly Bernstein bring us an entertaining look at sleight of hand from the eyes, and dexterous fingers, of Jay. They combine many of Jay’s performances on such notable TV shows as Dick Cavett, Merv Griffin, Mike Douglas and Dinah Shore with an entertaining and informative history of modern magic from its earliest beginnings in 1544 through the ages to Jay dedication to the craft. Jay is liberal with praise for those who mentored him, beginning with Max Katz, a master illusionist who was also Ricky’s grandfather and most influential mentor. Others include Slyndini, Al Flosso and Cardini, who Jay believes to be the best magician of all. I will take the word of this Renaissance man who is renowned as a talented magician, author, historian and actor. Jay and Bernstein embellish on this with remarkable old footage of these masters showing us how the tricks of their trade work…and, not. Magicians are paranoid folk and very protective of how their illusions work. Much of the film also concentrates on the two men who had the greatest influence on Jay as a professional magician – Dai Vernon and Charlie Miller. These remarkable magicians challenged and tested their young acolyte and pushed him to hone and improve his sleight of hand skills. As you watch the many performances that Ricky gives over his many years on stage and television, you know that he paid attention to his mentors, Vernon and Miller. Maybe this is a niche film for magic lovers only, but the remarkable and many feats of magical distraction should just about please anyone who likes to be entertained and challenged – “how did he do that?” popped into my head many times during “Deceptive Practice.”