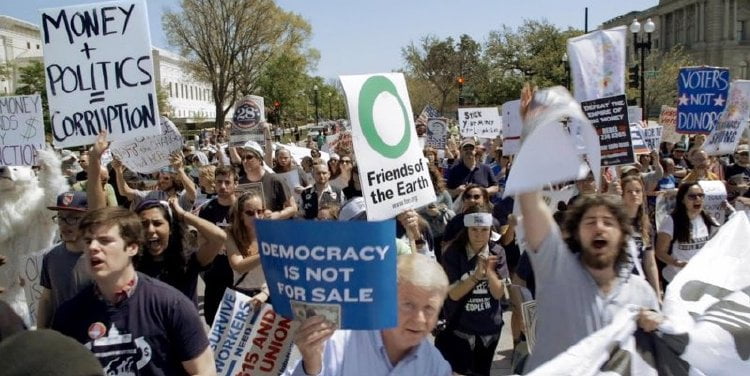 Undisclosed corporate campaign funds that are used to sway elections, while not entirely illegal, raises the specter of corruption and an attempt to rest control of the government of, by and for the people. These hidden and secret contributions have earned the name “Dark Money.”

Sophomore documentary maker Kimberly Reed uses her home state of Montana as the backdrop for her investigation into corporate strategies to influence the direction of that state’s elections. The issue of Dark Money came to a head with the 2010 U.S. Supreme Court decision on Citizens United versus Federal Election Commission. The court, essentially, declared that corporations have the same Free Speech rights as an individual human citizen. The filmmakers help explain the complex and confusing world of Dark Money and its cycle of corporate influence on our elections and elected officials. In a nutshell: Dark Money uses its funds to form DM political action committees which, in turn fund candidates who pass pro-corporate legislation which directly benefits the corporations behind the Dark Money. This circle, unless checked, will run in perpetuity. Kimberly Reed uses her home state of Montana as a beacon of hope and the sole bastion in the nation against the corporate takeover of our free elections. The grassroots efforts by the people and legislators to blunt the powerful influence of corporations at the state level is, “Dark Money” shows, the spearhead in what could be a national campaign to restore the rights of the individual to the individual – like me.