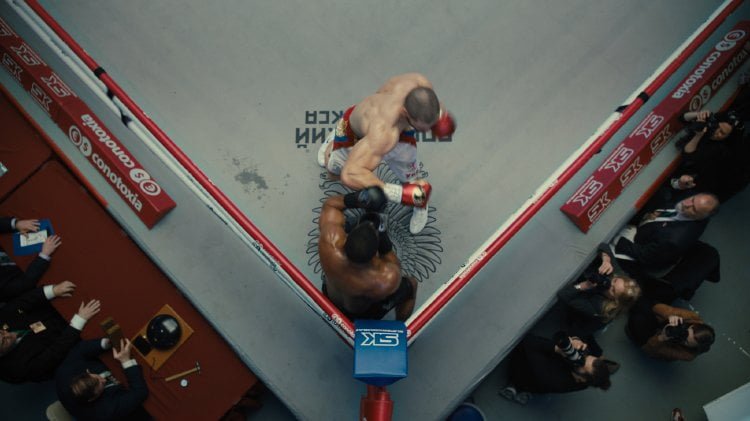 After winning the World Heavyweight championship, Adonis Johnson (Michael B. Jordan) finds himself at a crossroads. He's ready to propose to girlfriend Bianca (Tessa Thompson), but also caught in the same self doubt that plagued him at the beginning of his career. Yet is unable to decline the challenge of undefeated heavyweight Viktor Drago (Florian 'Big Nasty' Munteanu), the son of the man, Ivan Drago (Dolph Lundgren), who killed his dad in the ring before he was born. Rocky Balboa (Sylvester Stallone), fearful of history repeating itself, advises Donny against the fight and bows out as his coach in "Creed II."

When Ryan Coogler resuscitated the "Rocky" franchise in 2015, he gave it new life by spinning a cultural twist on the scrappy boxer punching back at all the obstacles placed before him and sweetening the pot with dazzling filmmaking. No one anticipated just how good "Creed" would be. Now, with director Steven Caple Jr. taking the reins (Coogler executive produces) and a screenplay by Juel Taylor and Sylvester Stallone, "Creed II" feels just like what we had expected "Creed" to be, an uninspired "Rocky" sequel where the title character is outshone by supporting players. There is more pleasure in watching Rocky Balboa call the Philly DPW about a broken street light than in the film's climactic fight. After his (rushed) belt win, the film sets up its theme of the heritage of fighters' children. Donny's mom Mary Anne (Phylicia Rashad) intuits Bianca's pregnancy before she does, with Bianca worrying about passing on her hereditary hearing impairment. Rocky, estranged from his son, has never met his grandson. In the Ukraine, Viktor has his dad's years of ostracized humiliation to avenge. In steps boxing promoter Buddy Marcelle ("The Hate U Give's" Russell Hornsby) with the hugely marketable 'revenge' fight. Viktor Drago is a formidable challenger, bigger and stronger than the champ (Munteanu gives him no character shading. He's a glowering slab of meet, an attack dog straining at his dad's side). After the usual training montages, the fight ensues, Donny so outmatched, a new man in his corner, it now seems a mistake he ever won the title (the screenwriters using a cheap ploy to ensure that while Donny loses badly physically, he doesn't lose his championship). Retreating to lick his literal wounds, Donny now must choose between a rematch, the stakes higher with a new family, or forfeiting his title. It will be no surprise who returns to help the kid, nor how it all goes down. There is some fun in seeing the aged protagonists of "Rocky IV" coming face to face again, a promotional audience gasping when estranged wife and mother Ludmilla Drago (Brigitte Nielsen, Stallone's second wife) pops in with an opportunistic interest. But the big fight is preordained and fantastical in its execution, the only fresh note Creed's entrance, led by Bianca singing 'I Would Go to War.' Creed's emotional struggle about why he fights is so much hokum. Returning composer Ludwig Göransson's second effort is also less dynamic, falling back on the "Rocky" theme when it matters most. But while the score disappoints, his work on three original songs performed by Tessa Thompson is noteworthy, establishing her character's style as a singer/songwriter. Those family issues are all neatly wrapped at film's close, Ivan viewing his son in a more paternal light, crosscut with Rocky and Donny's graveside visits. If Nielsen's presence is a surprise, there is another one lurking at film's end, a popular television star making his franchise debut. "Creed II" is a workmanlike sequel that dishes up nostalgia but with nothing new to say. Grade: