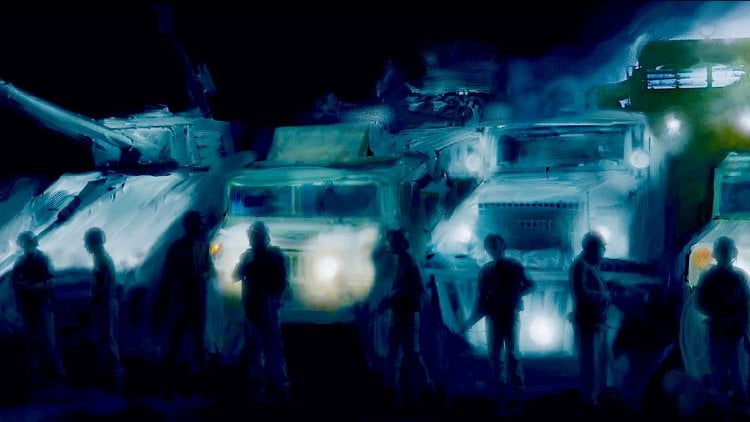 In 1951 the Iranian Parliament nominated Mohammad Mosaddegh as their Prime Minister and he was appointed by the Shah.  According to cowriter (with producer/editor Walter Murch)/Taghi Amirani, the wildly popular Mosaddegh was ‘the closest Iran came to Gandhi,’ a man who believed in Iran should control its own oil resources.  This didn’t sit well at all with Churchill, who conspired with Eisenhower to overthrow Mosaddegh via the joint CIA/MI6 Operation Ajax.  While the U.S. has subsequently admitted to the plot, the UK never has, but Amirani digs deep, finding damning testimony from MI6’s Norman Darbyshire to tell the horrific tale of “Coup 53.”

You can tell during snippets of one of his TED talks that this is a real labor of love for Amirani, who does some incredible forensic research putting this documentary together with the legendary editor Walter Murch (“Apocalypse Now”).  While much of this history is known (watch 2016 Presidential candidate Bernie Sanders sum it all up accurately in one minute during a debate with Hilary Clinton), it has mostly been forgotten.  It should not, especially given tensions with Iran today which we can see here are largely of the West’s own making.

Amirani’s passion for telling this story took him on a 10 year journey.  Many of the people he interviewed have never appeared on camera before and many of them are now no longer with us.  Amirani even gets the son of General Zahedi, who seized control from Mosaddegh, to talk here. But he makes his most amazing find by digging into the archives of ‘End of Empire,’ a 1985 British series, where he discovers MI6’s Norman Darbyshire, who was interviewed but excised from the final product.

Amirani uses all kinds of archival material along with his vintage and new interviews (with the likes of the National Security Archives’ Malcolm Byrne).  When he gets to the actual coup, he uses some rotoscoping animation which gives the scenes an eerie quality.  But perhaps his most inspired idea would seem to be the most ill-advised – casting a star to ‘play’ the late MI6 spy.  Ralph Fiennes was brought into the project by Murch and he is so convincing in these ‘interviews,’ held in the Savoy just as Darbyshire’s were, that we forget who we’re watching.  His testimony is chilling.

In many ways, Amirani’s documentary reminded me of “Cold Case Hammarskjold,” an intense, batshit crazy documentary that was almost farcical but unearthed some chilling truths.  There is nothing farcical about “Coup 53.” It unspools like a political thriller, but its real world consequences are dead serious.

On 19 August 1953, the democratically-elected Prime Minister of Iran, Mohammad Mosaddegh, was overthrown in a coup d’état orchestrated by the American CIA and the British MI6. The reason: the PM threatened to nationalize the country’s oil industry. In his place, Mohammad Reza Pahlavi (AKA: the last Shah of Iran), was firmly installed as the country’s monarch following “Coup 53.”

As an amateur historian fascinated by the machinations of our modern political and economic worlds, I was pretty familiar with the politics of the Middle East following WWII. But, documentary writer/director/cinematographer/producer Taghi Amirani (with co-writer Walter Murch) puts my knowledge of the 1953 Iranian coup to shame with the depth and breadth of detail the director explores.

We learn, through the all-encompassing research by Amirani, of Operation Ajax (US code name for the coup, while the Brits called it Operation Boot), the coordinated plan by the two countries to overthrow the democratically-elected government of Iran. This coup would be part of the CIA template of foreign interference operations for many years after (my opinion) – 1973 Chile and Salvador Allende’s overthrow come to mind.

“Coup 53” runs just two minutes shy of two hours and Taghi Amirani packs a whole lot of well-documented information about that pivotal Middle Eastern government overthrow that still resonates throughout the region and beyond today. The US and British demand for control over the world’s oil supply after WWII can be directly linked to the rise of the monarchies over the democracies in the region. Kind of ironic for two of the world’s great “democracies.”

One note on what is almost entirely made up of archival footage and documents. A key view into the coup, from a 1985 British TV series episode called “End of Empire,” was supplied by contributor and MI6 operative named Norman Darbyshire, the inside man during the coup. But, while transcripts exist of the agent’s involvement, no video of it does. So, Amirani brings on the actor Ralph Fiennes to sit in for the Darbyshire interview and, while a bit odd at first, really fits the mood and flow of the film.