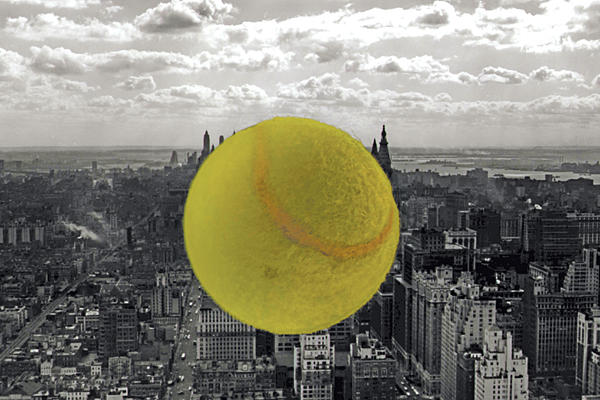 "...Every man, woman and child lives under a nuclear sword of Damocles, hanging by the slenderest of threads, capable of being cut at any moment by accident or miscalculation or by madness. The weapons of war must be abolished before they abolish us...” President John F. Kennedy

There's lots to worry about in today's world. The economy is tanking globally, mass-produced food is suspect and environmentally and humanely unsound, the BP oil disaster is not only the biggest environmental disaster in U.S. history but may have more in store. Although terrorism is also a high profile subject, nuclear weapons, oddly, have slipped from the public consciousness gradually since the end of the Cold War. Writer/director Lucy Walker ("The Devil's Playground") tells why we should be more worried now than ever before in "Countdown to Zero." Walker's given her documentary a double entendre title. She spends most of her run time dissecting President John F. Kennedy's quote (see above) from his Address before the General Assembly of the United Nations in New York City back on September 25, 1961, addressing nuclear warfare under the headings 'accident,' 'miscalculation' and 'madness,' both historically and in present terms. She also subdivides, discussing acquisition of a nuclear bomb as something that is either 'built,' 'bought' or 'stolen,' leading off with the unsettling information that Al Quaeda's intent was to build one, but that they were scammed getting their hands on the raw material, highly enriched uranium. But this may not be so difficult to acquire, especially in the former Soviet Union, where an account tells of a man who simply slipped through a hole in a fence and cut a lock with bolt cutters, setting off no alarms of any kind. A worker in a plant simply stole tiny amounts over time until he had over a kilogram. He was only caught because he threw his lot in with car battery thieves to fence the stuff. Walker notes all the nuclear transports which have sunk or disappeared, the whereabouts of their cargo unknown. We learn how easy it is to smuggle highly enriched uranium and how easy it is to build the device to set it off. 'It's not rocket science, that's hard' one scientist tells us. And while the number of nuclear devices on earth have been cut by over 50% (28,000 remain), the number of countries who have them have grown. Historical accounts are hair raising. No major rehash of the Cuban Missile Crisis here. Instead we learn of the 161 B52 bomber explosion over North Carolina. Two warheads landed, one whose parachute failed to open and which had completed five of its six arming steps. One single switch held disaster at bay. In January, 1995 word failed to pass up the Russian chain of command that the U.S. was launching a missile in Norway to study the Northern Lights. The resulting panic led to Yeltsin being given the launch button to retaliate against a confirmed U.S. nuclear attack. Against all procedure, he held back. A former launch officer recounts how before 1977 'everyone' knew that the launch code was twelve zeroes and that he personally could have started WWIII. Walker's doc is a mixed media presentation featuring satellite shots, colored maps, graphics, talking heads (which include the likes of outed CIA agent Valerie Plame Wilson, President Jimmy Carter, Zbigniew Brzezinski, Mikhail Gorbachev, Tony Blair, Pervez Musharraf and F.W. de Klerk among authors, academics and scientists), historical footage (including some poet and cautionary words from Robert Oppenheimer, the regretful father of the atomic bomb) and lots of split screen surveillance of oblivious innocents in cities worldwide. An eclectic soundtrack features early Cure, Radiohead, Pearl Jam and Israel "IZ" Kamakawiwo`ole's ukulele cover of "Over the Rainbow." "Countdown to Zero" ends on a hopeful note as people on the street decry the need for the bomb, the Obama administration works on eliminating them and experts advise on what must happen. If "An Inconvenient Truth" is the go-to for global warming and "Food, Inc." factory farming, "Countdown to Zero" is the documentary primer on nuclear arms.

The world has lived under threat of nuclear annihilation since the beginning of the Cold War over 60 years ago. Then, there were just two nations possessing the weapons of mass destruction – the United States and the Soviet Union. Now, there are nine nuclear armed countries with more clamoring to get a piece of the nuclear pie, including terrorist organization Al-Qaeda. The world faces its greatest crisis in a “Countdown to Zero.” Documentary writer-director Lucy Walker neatly lays out the history of the atomic bomb from its creation in the US to its steady proliferation worldwide until, today, nine countries possess the technology to create, and have created, nuclear weapons of mass destruction. Using a speech by President John F. Kennedy where he says that the real threat of nuclear weapons is “accident, miscalculation, madness,” Walker proceeds to divide “Countdown…” into three parts – one for each of the threats. Starting with “madness,” Walker chronicles such terror organizations as Al-Qaeda and their active attempts to secure the bomb or the weapons grade uranium to make one. This section is the harrowing one, with the undetected theft of the material that has only been thwarted, as one expert put it, by the “serendipitous” means of pure luck. Unchecked by the international community, it is, the documentarian says, inevitable that the bomb will be used as a terror weapon. “Accident” lists the litany of accidents and near disasters that have occurred over the decades with such tragedies as the accidental sinking of the US submarine Scorpion, with active nuclear missiles on board that have never been recovered. Other near misses, like the B-52 that went down off the coast of Spain in the 1960s and other such crashes, are chillingly chronicled. “Miscalculation” deals with the Cold War when several times, including the Cuban Missile Crisis, the US and the Soviet Union were on the brink of atomic exchange. Misunderstanding, failure to communicate at the highest government levels and, even, a $1 computer chip breakdown has brought us close to nuclear holocaust over the past Cold War decades. I am familiar with much of the information Walker lays out in “Countdown…” having been a History Channel fan for ages – The History Channel produced the film. However, for those not fanatical about THC as I, there is a treasure trove of historical and present day information about our nuclear past and future. And, the real meaning of the title, “Countdown to Zero” will surprise you.”