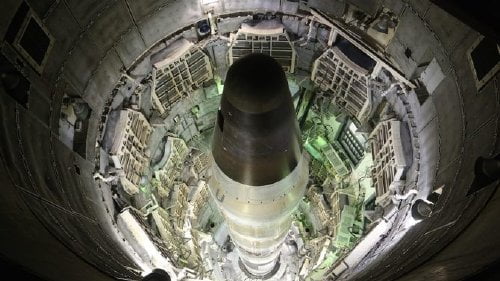 On 18 September 1980, at 6:25 PM, routine maintenance work was being performed on a nine megaton nuclear missile in a silo near Little Rock, Arkansas when a six pound wrench socket is accidently dropped. It ricochets off the floor 80 feet below and punctures the fuel tank of the massive rocket, prompting a crisis that could cause a massive nuclear accident in “Command and Control.”

Documentary filmmaker Robert Kenner adapts Eric Schlosser’s 2013 book, Command and Control: Nuclear Weapons, the Damascus Accident, and the Illusion of Safety, to create a documentary that brings to light an incident that I was not aware of. That tome chronicles the history of nuclear weapons in America, and the many nuclear incidents that occurred during the Cold War, including the Palomares, Spain, in 1966, and Thule, Greenland, in 1969, accidents where B52 crashes resulted in the loss of several nuclear weapons. It also covers the near disastrous nuclear accident of Kenner’s latest documentary. Kenner, in his adaptation (with author Schlosser, Brian Pearle and Kim Roberts), concentrates on the Damascus accident near Little Rock and uses archival footage of the accident and interviews with those involved at the time. This incident, as the story unfolds, is chilling – if the nine megaton war head had gone off, it be the equivalent of three times of all the bombs dropped in WWII, including the atomic bombs in Hiroshima and Nagasaki. “Command and Control” has a strong anti-nuclear bomb vibe as it shows the confusion of those responsible for taking care of our nuclear arsenal. Looming large in this confusion is the fact that those sent by the Air Force to combat the crisis were inexperienced, tired and, because of these two things, made mistakes. It also brings up issues about the aging nuclear arsenal and the instability of a system that has to work perfectly. Kenner makes the case that it does not work perfectly. The government officially admits that there have been 32 incidents of Broken Arrows – lost nuclear bombs. By contrast, Kenner makes the claim that there have been over one thousand. As I said, chilling.