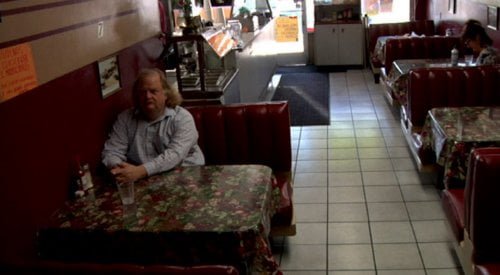 Jonathan Gold has been a food critic for the LA dining scene for decades. He received the Pulitzer Prize for food criticism in 2007 and has made famous many of the hole-in-the-wall eateries he reviewed. His passion for the foods of the people is brought to light in documentary filmmaker Lauren Gabbot’s journey through the “City of Gold.”

“First we eat, then we do everything else” M.F.K. Fisher (The Art of Eating). Thus begins Jonathan Gold’s journey of discovery of the myriad of restaurants in a place very different from the rest of the country, food-wise. Gold explains that the city of LA, unlike other American cities, is not a melting pot of cultures but a glittering mosaic in its sprawl of ethnic foods. He also sets himself and other real food critics apart from those who vent their spleen on YELP. For instance, Gold will visit his subject restaurants four or five times before writing his review. Gabbot’s camera follows the corpulent foodie to all of his favorite haunts, from Downtown to Koreatown to the predominantly Chinese Alhambra District and Beverly Hills. He talks about the projects that he took on in his love of food, including a year-long journey called the Pico Boulevard Project. That project had Gold sampling the victuals of every restaurant along the 15 mile road. “City of Gold” is a love poem to the Los Angeles food scene and to the man who made it his mission…to eat.