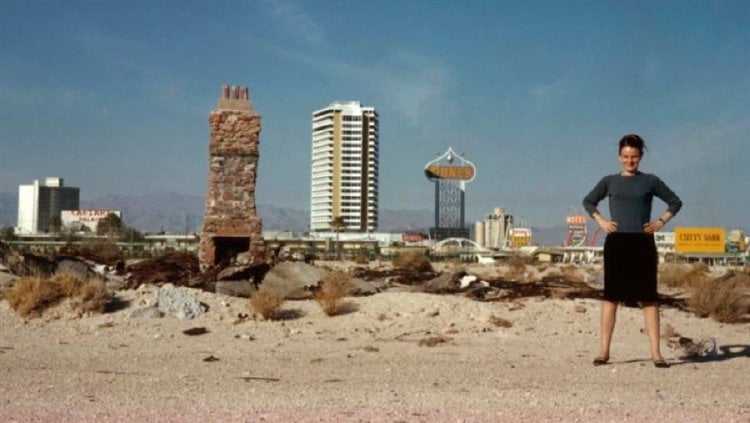 In the 1940’s, four pioneering women did the unthinkable by not only going to school for architecture, but graduating with their almost all male classes.  They would fight against the racial divisions woven into city planning, save historical districts and change the way we gather in outdoor spaces.  Now ranging in age from 87 to 97, Phyllis Lambert, Cornelia Hahn Oberlander, Denise Scott Brown and Blanche Lemco van Ginkel are still “City Dreamers.”

This Canadian production (the film is in both English  and subtitled French) cowritten (with Bruno Baillargeon) and directed by Joseph Hillel celebrates four vibrant octo and nonagenarians recounting their upbringing, education and careers all framed by the various cities that shaped them and those that felt their influence.

In the Montreal home where she has lived for decades, Phyllis Lambert recalls the privileged and cocooned upbringing that groomed her for marriage to a wealthy man.  She broke that mold, working on the Seagram Building with Ludwig Mies van der Rohe and saved her own city’s Shaunessey House from demolition before founding Heritage Montreal.  In Philadelphia, South African Denise Scott Brown founded an architecture firm with her husband Robert Venturi.  After experiencing Apartheid, she was very aware that Americans referring to the ‘bad part of town’ were referencing Black neighborhoods and worked with housing activist Alice Lipscomb to save and revitalize South Street when it was about to be replaced by an expressway.  She is also a photographer who likes the double entendre of ‘Wayward Eye,’ the title of the book that gathers together 500 of her stills after they received multiple exhibitions.

At 97, landscape architect Cornelia Hahn Oberlander accompanies the filmmaker on a walk around Vancouver, chiding a surveyor at the stramps at Robson Square for the poor state of its plantings (‘I was the architect, you know.’).  The green architect’s work there was the first time a city preplanned what would become its center.  Oberlander has had a huge impact on her adopted city, placing playgrounds and vegetable gardens in public housing.  She credits her mother, who escaped to the U.S. from Berlin with her children after Kristalnacht, for her interesting in nature and growing things (she had her own vegetable garden at the age of four).  Blanche Lemco van Ginkel founded an architectural firm with her husband Sandy in 1947.  She discusses how the rise of the automobile impacted city planning and how a planned highway almost wiped out old Montreal, an area considered shabby that had been plagued by numerous suspicious fires, until the van Ginkels stepped in.  Just try and imagine Montreal without its old city!

The film packs in a lot of information into a brisk 80 minute running time set to a fleet jazz score by Jean-Olivier Begin, Hillel following themes as he hopscotches among his four fascinating subjects.  “City Dreamers” is proof positive of the huge impacts one visionary can have – times four.

Before, if you asked me to name an architect, my reaction would be to name a man, like Frank Lloyd Wright. After, documentary filmmaker Joseph Hillel changed my way of thinking with his study of four architects, each with over 60 years of experience – all woman and all dedicated to progressive urban planning – as “City Dreamers.”

Phyllis Lambert, Cornelia Hahn Oberlander, Denise Scott Brown and Sandy van Ginkel. Remember those monikers the next time someone asks you to name an architect. Director Hillel gathers a copious amount of archival footage, live interviews with his four subjects and displays of their beautifully designed structures and tells their stories and the struggles they faced building a career in a male-dominated world.

The chronicle of these talented ladies spans both distance and time. The time I already talked about – collectively the four have over 240 years of architecture experience. Distance is relative to where they plied their trade and increased their architectural knowledge and acumen. London, Johannesburg, Montreal, Manhattan, Philadelphia, Toronto, Vancouver and, even, Las Vegas are all on display with the many works by these ladies.

When asked how they viewed their “dreams,” one said she is driven by “aspirations, rather than dreams.” Dreams, by definition, are not real; aspirations are.