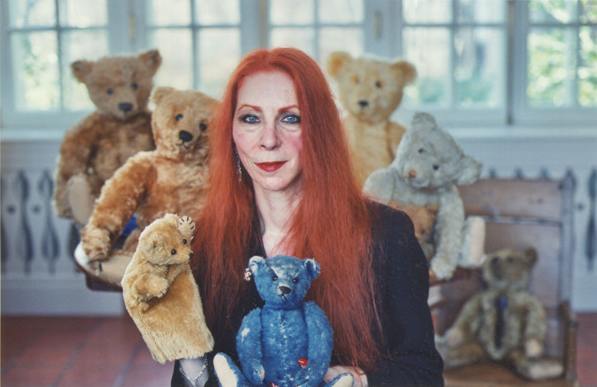 Writer/director Agnès Varda ("The Gleaners & I") collects three documentary works spanning over forty years which each adds a unique perspective on the art of still photography for the omnibus "Cinévardaphoto."

The first and longest of the works is 2004's "Ydessa, les ours et etc..." about a daughter of Holocaust survivors who has collected three thousand photographs featuring teddy bears. These have been assembled for a Toronto art exhibit and Ydessa gives back stories as Varda focuses on photographs from turn of the century (about when the teddy bear, named after Teddy Roosevelt, came into being) through WWII. The bears are not always the central point of the pictures and you will find your eyes scanning the pictures as if playing "Where's Waldo," discontent until the bear is spotted. Ydessa is an obsessive collector (she claims over 8,000 eBay transactions in her quest for all things Teddy), but the collection she has assembled makes poignant footnotes to the history it covers. 1982's "Ulysse" is the most thought provoking of the pieces. We're shown a stunningly framed black and white of a dark, nude man standing beside a little boy sitting on a pebble beach. A dead goat lies in the foreground. This is one of Varda's own photos, taken in the 1950's, and she goes back to interview the subjects of the photo and their memories of it. The nude man was an Egyptian model, now the art director of Elle magazine (amusingly, he appears nude for his interview, modestly 'cloaked' by his drafting table). He remembers that the little boy never appeared to stand. That boy was the titular Ulysses who cannot remember anything about the photograph, yet had painted his own interpretation of it as a youngster (his painting was given to Varda who still has it). He was the child of a friend of Varda's, a Spanish exile and neighbor whose little boy had a hip bone problem. Varda gives a montage of world events as of May ninth, 1954, the day she took the photo, yet her photo is timeless. The thirty minute closer, 1963's "Salut les Cubains," is claimed by its author as the 'jumbled images' she brought back from a trip to Cuba. What a trip this must have been! The pictures have been editing into a rich tapestry of every aspect of Cuba's people, from the workers in the sugar cane fields to the 'romantic' revolutionaries to the painters, musicians and dancers that make up its artists. Some amazing editing work 'reconstructs' musical numbers from still photos like mini flip books set to music. Varda is often playful, beginning her travelogue with a cigar sailing on water or comparing the beards of rebels and artists with those made of sugar (cotton candy), yet she does not neglect the more serious aspects of Cuba's history (the ex-slaves of the French revolution, for example). The only drawback to "Salut les Cubains" are the often impossible to read subtitles. Those who loved Varda's quirky approach to recycling in the much-praised "Gleaners" may be even more pleased with "Cinévardaphoto." Breaking her doc down into shorter segments allows her three unique prongs of attack on the same subject without the possibility of off-topic rambling that marred that feature work.