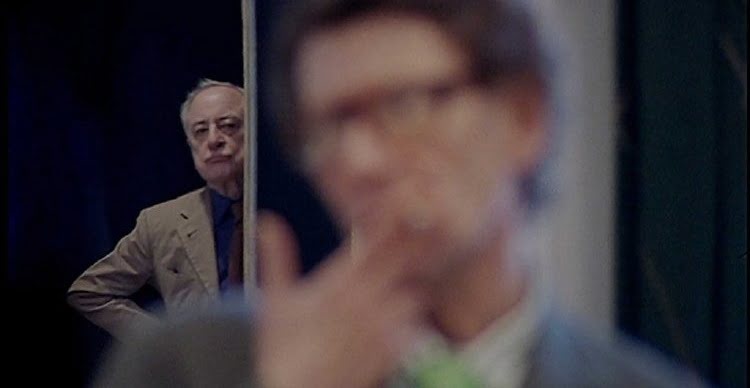 While one of the last great couturiers, Yves Saint Laurent, prepares his final collection, his house's co-founder and business partner Pierre Bergé produces a series of events that will end the designer's career as a myth making "Celebration."

Director Olivier Meyrou’s film originally premiered at the 2007 Berlin Film Festival, but was subsequently banned by Yves Saint Laurent couture house co-founder Pierre Bergé over concerns of Saint Laurent's demeanor and his own depiction as a puppet master. Now, ten years after Saint Laurent’s death, a reedited version of the film has finally been released and it is a fascinating, if sometimes frustratingly impressionistic, fly-on-the-wall look at the last years leading up to presenting his last collection.

One of the first things we see is Saint Laurent’s French bulldog, a silent and very humorous observer throughout. Yet we won’t learn its name nor that it was one in a long line of them because Meyrou refuses to contextualize anything, not the people on screen or the events we witness. While the film is constructed in such a way that we can intuit what we are seeing, there are moments of frustration, even for those of us with more than a passing acquaintance with the subject, like wondering just what inspired the amazing career retrospective presented in an indoor stadium (it was a fifteen minute show organized by the designer himself at the Stade de France for the FIFA World Cup in 1998, the first of the three years the filmmaker spent with the business partners).

Meyrou switches back and forth from black and white and color to separate the historical figure from the present day designer in obvious decline. We see the passion of the atelier’s seamstresses in the floors above as they fuss over the smallest detail, their boss’s ‘sharp eye’ well known. Later, Saint Laurent will sit slumped in a chair as he reviews their work, getting up to rearrange the stand of a bow, falling asleep open mouthed. We rarely hear him speak, once hesitant during an awkward interview with a French journalist in New York City, then animated and admiring welcoming model Amalia back into the fold. During a birthday toast, Bergé proclaims that his partner’s devotion to his art has made him a recluse and that while he is sharp, he should be left in his own world, words at once truthful and protective. When Yves wins a prestigious award, though, Bergé takes it from him, stating that he probably ‘has a part of that.’
He’s always hovering in the background, out of sight except for Meyrou’s probing camera (at one point, he shifts focus, Yves becoming indistinct in the foreground with Bergé in sharp contrast behind him)

Meyrou’s other notable artistic choice is his sound design, one which uses high pitched hums and booming thumps. This is meant to convey Saint Laurent’s mindset, but the uncomfortable pitch may send your dog running from the room. His use overlapping and indistinguishable conversation, an impressionistic Altmanesque buzz, is more successful.

We never do see that collection fully presented to the public, instead bits and pieces of models’ fittings, a Laetitia Casta photo shoot followed by a red carpet walk and her bridal appearance on the runway. But it has been enough. Bergé enabled Saint Laurent, perhaps with an uncomfortable amount of control, but the partnership produced magnificent couture.