Capturing Reality: The Art of Documentary 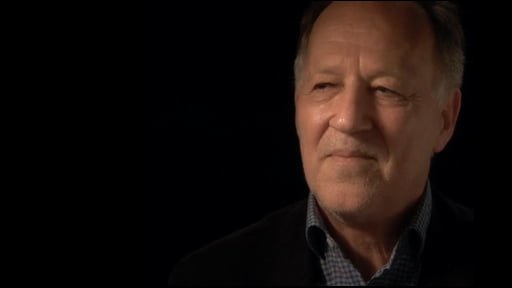 Documentary filmmaker Pepita Ferrari assembles 38 documakers from around the world, showing an astounding 163 clips from their films, as they talk about the art form they love and, for some, dedicated their lives to, in “Capturing Reality: The Art of Documentary.”

Newcomer Ferrari packs a whole lot of information in this 97-minute oeuvre with the views and opinions of dozens of documentarians. The notables among these 38 filmmakers includes Werner Herzog (“Grizzly Man,” “Little Dieter Needs to Fly”), Errol Morris (“The Fog of War,” “The Thin Blue Line”), Nick Broomfield (“Biggie and Tupac,” “Aileen Wuornos: The Selling of a Serial Killer”), Scott Hicks (“Glass”) and cinematographer Albert Maysles (Oliver Stone’s “South of the Border,” Leon Gast’s “When We Were Kings”). The result is a rich cross section of those whose art is to tell the truth, or at least the truth as each sees it. The film covers a broad range of territory with a variety of topics discussed. Belief versus the truth, the objectivity of filmmakers about their subjects, the unpredictability of the art – what goes in is different from what comes out – truth truth versus staged truth and all of the elements that go into making a documentary get even shrift from helmer Ferrari. Those interviewed talk about the importance of the visuals captured by their cinematographers, the sound recordings that give the work its audio tone, the editor’s contribution in assembling the final work and the music created for the film (or, the lack thereof). “Capturing Reality” is almost an overload of information but does a terrific job in giving voice to a diversity of people in the docu industry and their varied opinions. Each has his or her reasons for doing what they do and each is unique. Some see using dramatic recreation, a la “The Thin Blue Line” and “Into the Void,” as a legitimate way to document their subject matter. Others see this as a lie and the only way to tell the story is through seeing the actual events through the eye of the camera. Michael Moore is criticized and praised by the various documakers as they debate the validity of his, and others, confrontational filmmaking style. Some of the filmmakers see their craft as a stepping-stone to feature films while others see their documentaries as a life’s work. It is all assembled with careful attention to detail, pace and editing. The copious use of clips from the ‘makers’ works keeps things flowing evenly. The two-DVD set contains some four hours of extras, such as: Becoming a Filmmaker; What Is Documentary?, Ideas and Inspirations, Getting the Shots and many more topics discussed ad infinitum. The bonus material is an assembly, by topic, of the scraps from the editing room floor. It is the material that did not make it into the finished product but represents a clever way of using the leftovers. Wading through all of the extras, with much info repeated, is a tough slog. I enjoyed the finished product more than the bonuses.