Can We Take a Joke? 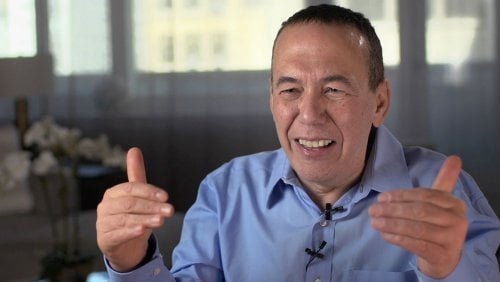 Our society has lost its sense of humor. What used to be funny has turned offensive. Comedians who used to poke fun at ANYTHING now have a list of taboo topics that must be followed. First time feature documentarian Ted Balaker talks to the comedians who must tow the politically correct line and raises the question, “Can We Take a Joke?”

The internet age has changed us. Pre-world wide web, we were more tolerant and, yes, we had a sense of humor. Now, with everything instantaneously at our fingertips, political and social correctness rules the day. Comedians, the people who drill into and make funny our foibles, provide their look into the state of standup. Gilbert Gottfried, Penn Jilette, Lisa Lampinelli, Adam Carolla, Heather McDonald and many other comics tell us how standup comedy has changed. The world where anything goes and no subject was taboo has turned into one where the comedians must self-censor their material or face ostracism by their audiences. This is particularly true on our college campuses. Where, once, George Carlin would get laughs for his non-PC humor, the college audiences would now boo him off the stage. Never mind what would happen to Richard Pryor. The subject gem of “Can We Take a Joke?” is the life and influence of Lenny Bruce on comedy. Ted Balaker assembles an amazing collection of that iconic comedian’s standup routines, both film and audio. More important, the filmmaker also delves deeply into the legal battles Bruce faced for his frequent arrests on public obscenity charges – including a six month long trial and conviction in New York in 1964. All for telling jokes where some people are offended. One of the main points of “Can We Take a Joke?” is freedom of speech. The first Amendment protects that right, but the comedians (and I) believe that freedom of speech should be elevated, especially now.. I can take a joke, can you?