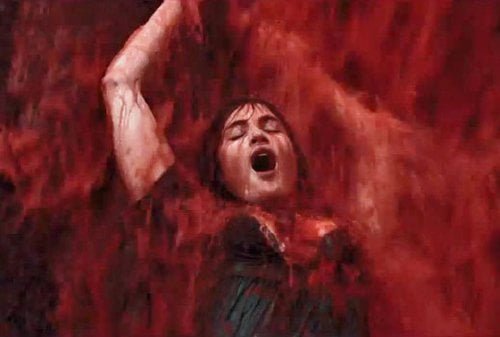 Two mysterious women enter a small coastal town looking for refuge. They have a secret that they have kept for 200 years but that secret soon gets out to the townsfolk when they learn that the two must survive on human blood in “Byzantium.”

When Clara (Gemma Arterton, "Hansel & Gretel: Witch Hunters," "Unfinished Song") bloodies a pawing lap dance customer, she's fired. She also takes extreme action against an unwanted male visitor, decapitating him in the apartment she shares with her teenaged daughter Eleanor (Saoirse Ronan, "Hanna," "The Host"). After torching the evidence the duo move on and Clara finds the perfect mark in john Noel (Daniel Mays, "Made in Dagenham"), who's just inherited his mother's rundown seaside boarding house, "Byzantium." With Moira Buffini's (2011's "Jane Eyre") adaptation of her play, director Neil Jordan ("Ondine") completes a trilogy of sorts that began with his supernatural "In the Company of Wolves." Instead of interviewing disparate vampires, here Jordan's giving us mother/daughter memoirs covering two hundred years, relayed as flashbacks during their present day survival tale. Clara is a ruthless opportunist, but her daughter is one of the new compassionate vamps, a young girl who feeds only on those ready to die. There is a deep bond between the two, but also a constant struggle, Clara intent on keeping their secret, Eleanor wishing to expose it. As Clara goes about establishing a brothel in Noel's home, Eleanor drifts about the town, stopping to play piano in a hotel bar. She draws the attention of Frank (Caleb Landry Jones, "Antiviral"), a young man we soon learn is dying of leukemia. He takes Eleanor to a writing seminar (run by the uncredited Tom Hollander, "Pirates of the Caribbean: At World's End") and Eleanor begins to write down her story, intended for his eyes only. We see the young Clara, seduced by naval captain Ruthven (Jonny Lee Miller, "Dark Shadows") despite the warning of his Lieutenant, Darvell (Sam Riley, "Control," Brighton Rock"). Ruthven ensures Clara's turned into a whore. She has a child which she gives up a la "Les Miserables" and Eleanor grows up in a Church run orphanage. But when Clara steals the secret of life from Darvell, she takes back her daughter, endowing her with it too. Now the two must not only drink human blood to ensure their immortality, but hide from The Collective, the men who do not allow women to join their unholy way of life. These aren't your typical vampires. There are no fangs, blood taken via a swipe from a talon-like thumbnail. There is no need to sleep in coffins. And the secret of life is found on an island, much like Ponce de Leon's imagined Fountain of Life. Jordan's production is beautiful, his period landscapes meshing with current times as Eleanor 'sees' herself in flashes of the past. There is plenty of gore, but it's artful - at one point a restrained Clara's blood red mouth agape juxtaposed with a colorful blow-up clown doll. Arterton is terrific, a sexy survivor, but Ronan is far too restrained, her expression barely changing. Support is a wonderful collection of established and up and coming actors, the inventive Landry-Jones once again impressing as a waning, raspy voiced love interest.

There is a kernel of interesting stuff in this vampiresque tale of two women’s struggle to make a life as blood-thirsty immortals in a mortal world. That kernel does not include the film’s young star, though, as the glaringly naïve Eleanor (Sioarse Ronan), who is the focus of the bulk of the movie, and its least interesting aspect. Ronan’s performance consists of copious (far too copious) voiceovers and looking anguished on camera. By the 54-minute mark, with the film only briefly bringing Clara into the story (to recharge the dull, dialog-driven script), I began to not care – not a good thing for a supernatural thriller. Eleanor’s inherent goodness and naïveté and lack of character depth make for a boring central character and dull story. When Gemma Aterton comes on the scene as Clara, along with the mysterious Brotherhood, “”Byzantium” takes on new life. Aterton has great screen presence and comes across well as a justice seeking bloodsucker. Clara is a tough feminist who bucks the male chauvinistic Brotherhood whose policy is “no girls allowed.” The best of the film is when Clara is the focus and not Eleanor. As a matter of fact, “Byzantium” is best without its top billed star. The other problem that director Neil Jordan has with “Byzantium” is the script by Moira Buffini. There are far too many plot points and story threads that span centuries and bring in many characters. The director is forced to manage, rather than direct, the story, making for a pastiche of vignettes strung together. It shows Jordan’s skill as a director to make his phoenix of a film rise from the ashes. When given reign over the modern day storyline, with Clara kicking butt and taking names, the director takes control and creates a terrific movie within a movie. Oh, what if Eleanor could be surgically removed from the story and the focus was solely on Clara and the Brotherhood? Now that could have been a really good mystery/horror flick. Instead,