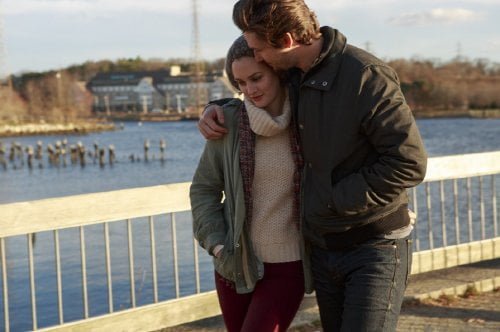 Nick Tortano (Ben Barnes) dreams of being a made man. He works hard for his mob boss, Salvador Vitaglia (Harvey Keitel), and his life of crime seems assured. But, events and emotions for Ali Matazano (Leighton Meester), the daughter of a rival mobster, will change his destiny “By the Gun.”

When Cardinal Barbarin (François Marthouret, "Black Venus") of Lyon receives a letter from Alexandre Guérin (Melvil Poupaud, "44 Inch Chest," "By the Sea") outlining his concerns about Father Bernard Preynat (Bernard Verley, "Lady Chatterley") because of abuse he suffered thirty years prior, Barbarin connects him with Church psychologist Régine Maire (Martine Erhel). Régine engineers a meeting, but Preynat doesn’t ask forgiveness and Alexandre, a devout Catholic still, is outraged that the priest is currently teaching preteens. With his own statute of limitations having passed and Barbarin less willing to act than he expected, Alexandre begins to look for other victims in “By the Grace of God.” Prolific French writer/director François Ozon (“Swimming Pool,” "Double Lover”) tries something completely different with his latest, grabbing current headlines for a hard-charging docudrama on the Catholic Church pedophile scandal in his home country. Using an epistolary approach, Ozon structures his film as a relay among three victims who join forces by film’s end. This winner of the Silver Bear at the 2019 Berlin Film Festival barrels forward at breakneck speed, yet no one in Ozon’s large ensemble gets short shrift. The victims of a crime become activists demanding – and achieving – justice in a work both bracing and infuriating. Alexandre eventually finds allies, mostly among women, the mothers and aunts of victims feeling tremendous guilt for not having recognized the problem as it happened. Shockingly, his own parents are not among them, his mother (Laurence Roy) accusing him of stirring things up, her response when he notes she knew the priest in question was merely moved ‘you were already 17 then.’ Ozon shifts focus once Alexandre finds François Debord (Denis Ménochet, "Inglourious Basterds"), that man dealing with his own family issues as he goes public, his parents (Hélène Vincent, "C'est la vie!" and François Chattot) supportive, a brother less so. The man still young enough to press charges, Didier (Pierre Lottin), initially physically attacks rather than help these activists. The film draws its three ‘chapters’ to a close with everyone on common ground. If you have the eerie sensation of déjà vu while watching Barbarin essentially offer ‘thoughts and prayers’ instead of action, you are not alone. He was convicted in 2019 of failing to report crimes of sexual abuse. Unlike “Spotlight,” which outlined the Boston Globe’s award winning investigative team’s uncovering of pedophile priests and the Church cover-up in the Boston area, “By the Grace of God” champions the bravery of victims facing many obstacles in their quest for justice. It is an urgent and compelling drama. Grade:

This true life story of child sexual abuse and its cover-up by the Catholic Church is probably the least Francois Ozon film by Francois Ozon that I can remember. Here, we have a real tale of long-ago abuse by a priest, Father Preynat (Bernard Verley), responsible for the care of young Boy Scouts at camp. Alexandre takes his case to the archdiocese in Lyon and requests a face-to-face meeting with the man who humiliated and abused him over 30 years ago. When they finally meet, the former scout asks the question point blank: Do you remember what you did? To which the priest answers bluntly, “Yes.” And, he apologizes, stating, “It caused me pain.” But, when Preynat refuses to publically admit he is a “pedosexual” who preys on young boy, Alexandre is aghast – case closed. But, it is not. Alexandre moves up the ecclesiastical ladder in Lyon and asks for, and is granted, an audience with Cardinal Barbarin (Francois Marthouret), Archbishop of the diocese. There, he finds a sympathetic ear and assurances that the accused priest will be dealt with within the rules of the Church. But, no public apology. Alexandre, stonewalled by the prelate, expands his search to find other victims of abuse by Preynat, which he does – Francois Debord (Denis Menochet). There is a problem, though. The statute of limitations for prosecuting the abusive priest has long passed. This crisis is soon met when 33-year old Emmanuel Thomassin (Swann Arlaud) comes forward, also abused by the priest when he was a Boy Scout and the statute of limitations has not yet expired. This brings us to the trials and tribulation the three victims must face when coming up against the juggernaut of the Catholic Church. The David versus Goliath battle for justice - the abuse victims versus the stonewalling by the Vatican - does not end as I expected. Then again, with the Church’s not so enviable track record, maybe it is just what I expected.