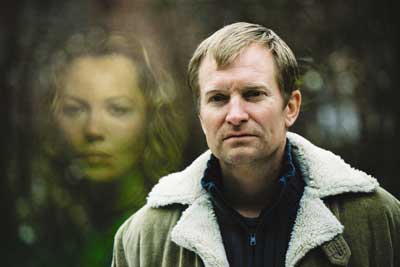 Jannik (Nikolaj Lie Kaas, "Open Hearts," "Reconstruction") is the black sheep of the family, just released from prison for bank robbery. Michael (Ulrich Thomsen, "The Inheritance," "Celebration") is the older, responsible, upstanding family man and military officer, about to be shipped off to Afghanistan. Sarah (Connie Nielsen, "Gladiator," "Basic") is Michael's wife, the woman who will be surprised to find herself acting as the crossroads between two "Brothers."

Cowriter (with "Open Hearts" collaborator Anders Thomas Jensen ("The King Is Alive," "The Green Butchers")/director Susanne Bier ("Open Hearts") is unequalled at dramatizing the power, both constructive and destructive, of love. Here, Bier also excels at laying down the family dynamics that shape personality and determine futures. "Brothers" is an intelligent, gripping family drama with an exemplary cast. The two brothers' polar family statuses are established in the film's first scene, where Michael picks up Jannik at prison to bring him to a welcoming family dinner. Michael is fair and calm, Jannik dark and edgy. The two are conspiratorial, laughing over their mother's (Solbjørg Højfeldt, "The Kingdom") mistaken idea of what her boys' favorite dinners are, but when Michael not only suggests Jannik visit the woman he assaulted at the bank, but also tells Jannik that he himself visited her to apologize on his brother's behalf, the fiery Jannik gets out of the car and walks away. A more humbled Jannik shows up at Michael's house later, but tempers flare when their father Henning (Bent Mejding, "Italian for Beginners") begins voicing criticisms after too much wine. Things change dramatically after Michael leaves for Afghanistan and reports come back that he was killed in a helicopter crash. The family fights grief and Jannik steps up to the plate, taking care of Michael's family beginning with the unfinished kitchen remodeling that was left behind. We, the audience, however, are privy to the fact that Michael has in fact not been killed and is being held in a POW camp with the soldier he was going to rescue, a man Michael's superiors described as incompetent. After Michael assures the junior soldier they will get out, the Afghanis force a terrible choice upon him - kill the younger man of be killed himself. Michael chooses to return to his family, but he returns as changed a man - as has his brother Jannik in his absence. Bier and Jensen have created a masterful behavioral study where two brothers essentially change places. Each has a homecoming that is emotionally difficult to deal with. Jannik eventually follows his brother's advice and is liberated by his meeting with his former victim. Michael is faced with a comparable choice and finds he cannot admit his guilt. Henning clearly favors Michael, yet his alcoholism and emotional withdrawal mirrors Jannik's earlier behavior. Michael and Sarah's two young girls' also act out. Younger Camilla (Rebecca Løgstrup) is an emotional gauge, reflecting adult behavioral changes, but Natalia (Sarah Juel Werner, "The Inheritance") is an emotional manipulator, who resents her father's absence and prefers her uncle's irreverent humor. Sexual tension hangs in the air as Michael observes his wife's newfound familiarity with his brother. Ulrich Thomsen, who had an equally impressive downward arc in the Swedish family drama "The Inheritance," is utterly convincing as a man who rages against the transmutation of his own idea of himself. So used to being the white sheep, his brotherly love turns to jealousy when Jannik proves himself. Intense actor Lie Kaas makes the opposite journey just as believable, retaining an edge of bad boy while also becoming responsible and open-minded enough to view his brother's family, particularly wife Sarah, in a new light. A late, climatic scene between the two brothers is so brilliantly executed by all, you may find yourself holding your breath - I did. Danish actress Nielsen makes a strong impression in her first Danish film as a strong woman who is surprised to find comfort with her brother-in-law then coping with the unknown source of her husband's black rage. Technically, the film looks great with cinematographer Morten Søborg ("Open Hearts") favoring ambers and blues. The film's first and last shot shows two trees reflected in a river whose current merges them together. Johan Söderqvist's distinctive score uses exotic instruments to keep the Afghan drama in mind while the action is in Denmark. "Open Hearts" was a terrific film and "Brothers" is even better. I'll be surprised not to find it in the upper half of my top ten list for 2005.