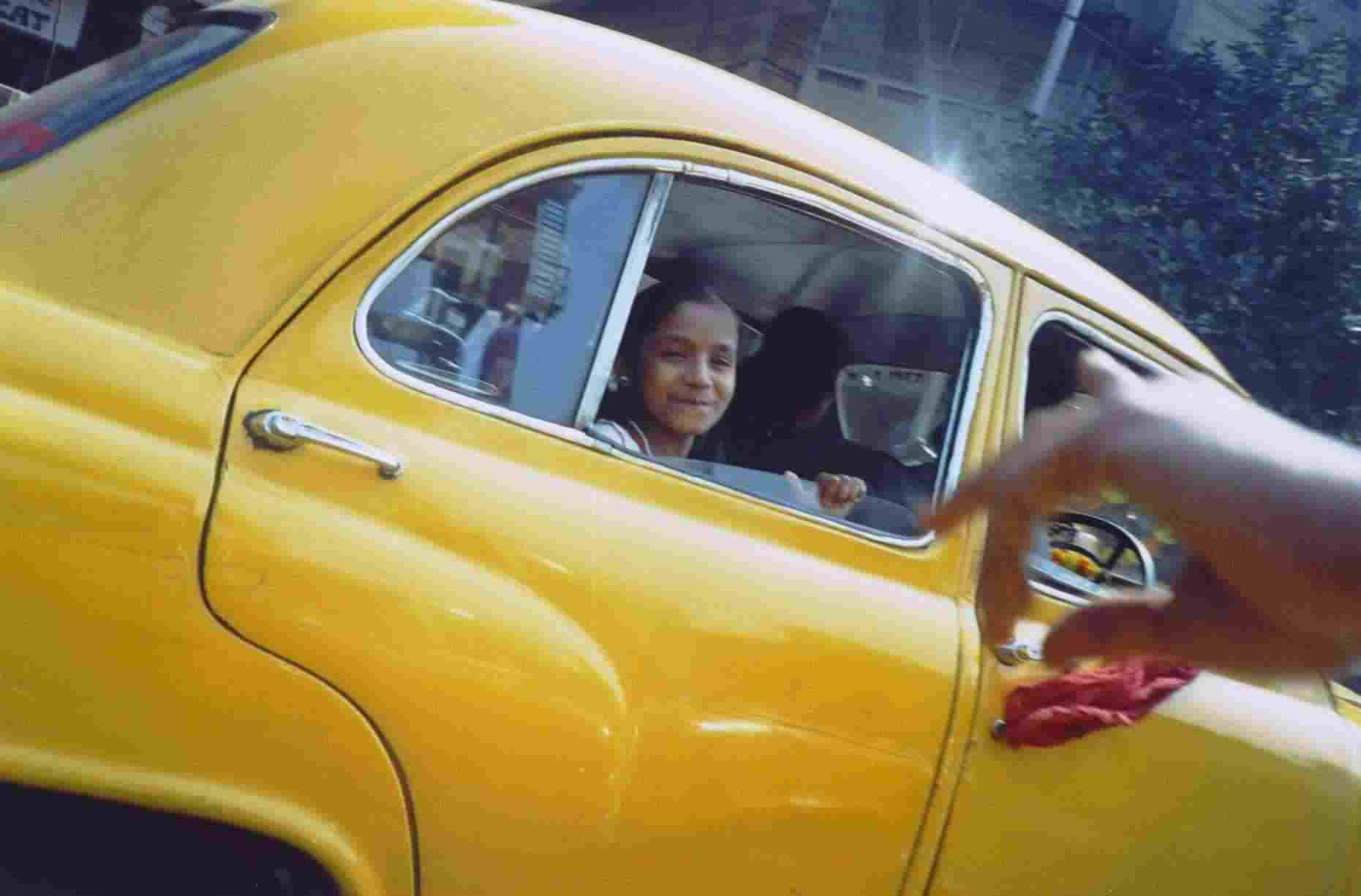 Zana Briski went to live in Calcutta's Red Light district in order to document the women of its brothels. She discovered an immediate rapport with the children of these prostitutes who were curious about her work. Briski gave a group of children cameras and began a rudimentary photography class, then convinced fellow photojournalist Ross Kauffman to travel to Calcutta to document the children who were "Born Into Brothels."

Zana Auntie, as the children call her, intended to use the children's viewpoint to show the outside world the inner workings of Calcutta's Red Light district. In that respect, "Born Into Brothels" is only partially successful as the children mostly have an innate talent for finding beauty amidst squalor. However, Zana's portrait of the eight children she uses as viewfinders is strikingly vivid. Avijit, Gour, Puja, Kochi, Manik, Shanti, Suchitra and Tapasi range in age from ten to fourteen and their personalities positively pop off the screen. Even the shyest, fourteen year old Suchitra, becomes a fully realized person through the photojournalist's new video camera. Briski begins by warning her audience that it is almost impossible to photograph what she has set out to capture due to the illegal activities going on everywhere. One of her kids lets us know that the men who visit their 'homes' are not very nice - they're drunk, they shout and they swear. A young boy describes how his father was once a wonderful man, but now is addicted to hashish and makes his living selling alcohol illegally. Once the point and shoot cameras are dispensed, we begin to see what the children see. A boy describes how filthy his environs are, the only place he knows where abandoned shoes are routinely seen next to dinner refuse. 'Dishes,' his accompanying photograph, is a gutter's still life. Only ten year old Puja is bold enough to get pictures of adults in the streets. The others mostly take pictures of their friends and the animals of the area. While these pictures don't always convey the hellishness of their existence, they do exhibit beautiful composition for kids of such a young age. Avijit, in particular, shows promising talent. (Many of the kids' pictures can be seen and purchased at http://www.kids-with-cameras.org.) Zana takes the kids on field trips to the zoo and the seashore, which result in more interesting photographs, but the brothel existence Briski is trying to reveal is only occasionally glimpsed through her own video and voiceovers. Brothel owners subject the children of their employees to the most vicious verbal abuse, although the kids seem to have become immune to it. We hear that the death of Avijit's mother, originally reported as a 'kitchen accident,' was actually caused by her pimp setting her on fire. Endless red tape greets Briski's attempts to get her class into the better schools that will get them out of the brothels. The last requirement, a trip to the doctors for HIV tests, proves almost painfully suspenseful. In the end, though, it is the parents themselves who prove the biggest obstacle, but the documentarians have at least given all of these children a reason to feel pride. Their pictures are exhibited in New York and featured in their city's largest newspaper. In his "The Five Obstructions," when Lars von Trier tells Jorgen Leth to go to the 'most miserable place on earth,' Leth chose Bombay's Red Light district. One can only presume Calcutta's isn't much better and thinking about the sheer number of children whose lives begin in these places is overwhelming. "Born Into Brothels" is an experimental hybrid of documentary filmmaking that doesn't always achieve its stated objectives, but the eight kids at its center will break your heart.