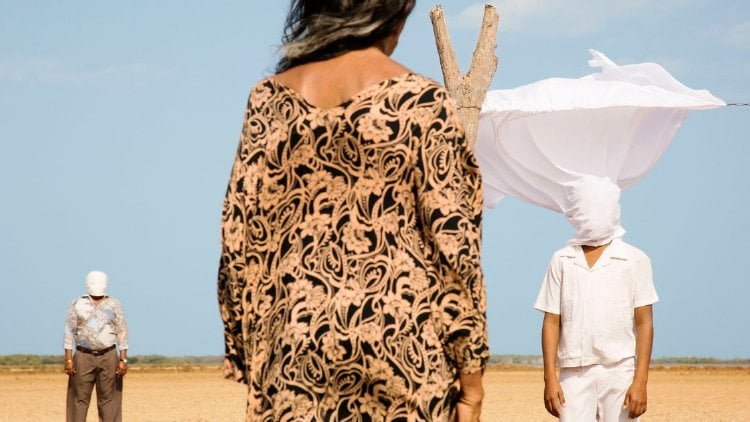 In Colombia, in the 1960s, the indigenous Wayuu people, for generations, have eked out a meager existence. Then, the Americans arrive looking to buy marijuana, lots of marijuana. This starts the epic story of the beginning of the rise of drugs as the enormous illicit business we know so well in “Birds of Passage.”

Three years after securing Columbia’s first Foreign Language Oscar nomination with “Embrace of the Serpent,” cowriter (with Maria Camila Arias)/directors Cristina Gallego and Ciro Guerra almost made it a second time with their follow-up (the film was one of the nine films shortlisted). Once again exploring how outsiders influenced indigenous Columbian peoples, this time the Wayuu people of the northern Guajira Peninsula, “Birds of Passage” charts the joining of two families in marriage in 1960 through their utter destruction by 1980. One easy going American Peace Corps volunteer looking for weed is apparently all it takes. When Zaida (Natalia Reyes) the daughter of the influential Úrsula (Carmiña Martínez) comes out of her period of confinement in flowing red robes, Rapayet (José Acosta), the nephew of Peregrino (José Vicente Cote), boldly dances the Yonna with her, whispering ‘You are my woman.’ Úrsula, a talented trader, isn’t convinced of his worthiness, setting a stiff dowry demand of 30 goats, 20 cows and 5 necklaces. Rapayet has no means to procure this wealth, until he decides to procure the marijuana for the Americans. Like “Embrace of the Serpent,” the film features ghosts and dreams, this time in bold color rather than black and white. But unlike that film, while this also charts the corruption of long tradition by greed and wealth, “Birds of Passage” becomes more of a family saga, a familiar story of drug money instigating violence. The stark contrast between the humble abodes and traditional costume of the film’s beginning to Zaida wearing makeup and modern fashion in her palace in the desert and that luxurious home and its occupants’ final fate is what lingers here. Grade:

For all of my adult life we have been the victims of the drug cartels bringing in tons of cocaine into the country. This huge business had to start somewhere and directors Cristina Gallego and Ciro Guerra bring us to the birth of what would become a multi-billion dollar industry selling its deadly, addicting ware. The story spans three decades, from the early days when the Wayuu’s made that first pot deal with American Peace Corp workers. Very quickly the volumes increase and money begins to roll in. What was once a hard scrabbling life for the locals becomes a lucrative family business. Of course, something that is illegal and makes money, a whole lot of money, spawns competition and we know how that all turned out. The filmmakers do a first-rate job, at first, showing the importance of family and clan in the Wayuu culture. But, soon, greed becomes the overpowering factor in the family dynamics and the results are tragic.