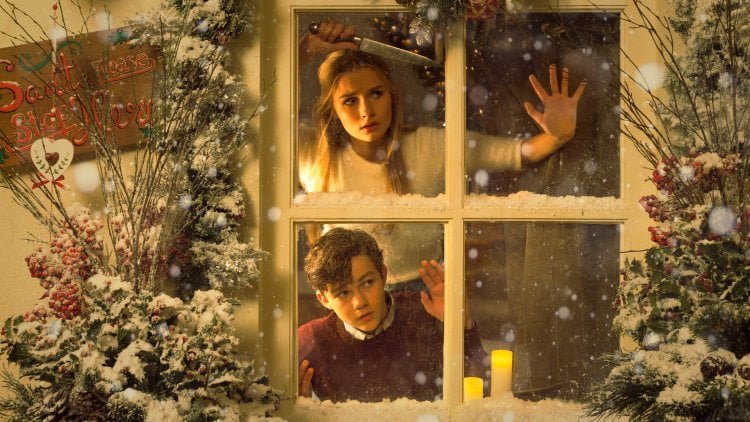 It is Christmas time and Ashley (Olivia DeJonge) is heading off to college. But, she agrees to baby sit one last time for 11-year old Luke (Levi Miller), who she sat for since he was little. What looks to be an easy night’s work, though, turns into a nightmare she did not see coming in “Better Watch Out.”

With Christmas parties in full swing, 12 year-old Luke (Levi Miller, "Pan") is looking forward to being home alone with his baby sitter Ashley (Olivia DeJonge, "The Visit"). His friend Garrett (Ed Oxenbould, "The Visit") doesn't think he has a chance with the blonde beauty, but when the home is threatened, "Better Watch Out." Cowriter (with Zack Kahn)/director Chris Peckover's ("Undocumented") Christmas horror comedy is a deft melding of "Scream" and "Home Alone" that takes a surprisingly nasty turn in its last act. The director's cleverly twisted appropriations would be entertainment enough, but he really excels in his direction of his young cast, DeJonge and Miller's playful relationship deftly drawn by each. With his establishing shot of a snowy, welcoming street studded with Colonial homes, Peckover cheekily informs us via title card that this is a 'Safe Neighborhood.' But after Luke's parents Robert (Patrick Warburton) and Deandra (Virginia Madsen) leave and he and Ashley settle in for a horror movie, a strange noise signals something's up. Ashley finds the back door open and the two creep upstairs. A brick's been thrown through a window, but its message is more terrifying than its destruction. To say more would spoil the fun, but Ashley has defenders - or are they? - in the form of current boyfriend Ricky (Aleks Mikic) and old ex Jeremy (Dacre Montgomery, "Power Rangers"). Peckover makes ample use of his single location, laying traps along the way. "Better Watch Out" may use the familiar, but it results in the unexpected. Grade:

In our household, Laura is the one to go to about horror movies. I, who have a more “discerning” taste, am not a horror flick fan. But, that does not mean I do not appreciate good writing and acting and a story that, with humor, ramps up the tension for the run of “Better Watch Out.” We have been here many times before with the baby sitter being stalked by some deadly stranger who, somehow, got into the house. Sophomore director Chris Peckover, with frosh scripter Zack Kahn, takes this well worn formula and twists it around into a dark horror comedy that makes the familiar fresh again. A big factor in the draw for “Batter Watch Out” is the talented young cast and a script that does not dumb down the comedy horror genre. Olivia DeJonge plays Ashley, the baby sitter, and is a smart character who takes her responsibility for her ward, Luke, very seriously. The twists and turns of the plot, the occasional “jump out at you” moments and a story that is like a demented “Home Alone,” make for a solid horror/humor package for the fans.