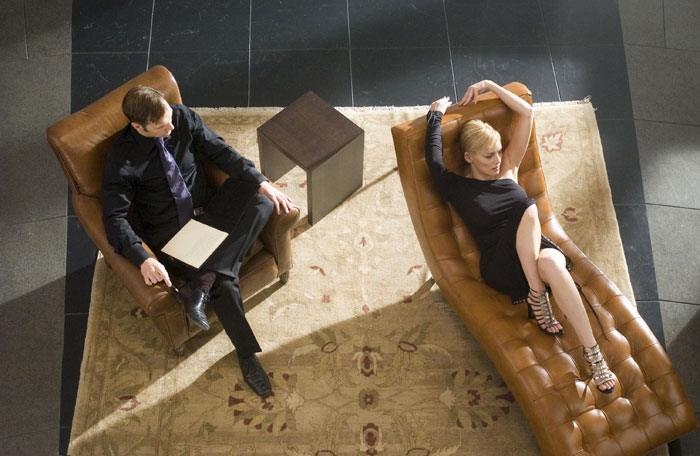 Catherine Tremall (Sharon Stone) drives through nighttime London at breakneck speed with an obviously drugged male companion in the passenger seat. She uses the incoherent gent to tickle her libido and, in the midst of a shattering orgasm, drives off the road and into the Thames River. She gets free of the sinking vehicle but not so her soccer star passenger. Was it an accident or murder? Find out in “Basic Instinct 2.”

The 1992 original “Basic Instinct” was kitschy and controversial for its infamous interrogation scene where murder suspect Catherine crosses her legs, sans panties, to the delight of the cops (and male audience). It’s now 14 years later and best-selling author Tramell has transplanted to England and becomes embroiled in the suspicious death of footballer Kevin Franks (Stan Collymore). Catherine shows no remorse for the death and the police decide to have her examined by prominent psychologist Dr. Michael Glass (David Morrissey). He diagnoses her as a risk addict. The story, by Leora Barish and Henry Bean, has Glass agreeing to treat Catherine for her “addiction” but a series of murders makes him suspicious of his patient. The victims suffer violent deaths and it appears that Catherine may well be the perpetrator of the heinous crimes. Police detective Ray Washburn (David Thewliss) also suspects the sexy author and recruits Michael to get the evidence necessary to put Catherine away for good. Much of “Basic Instinct 2” is laughably absurd in its brand of kitsch but, despite this, I found it to be strangely entertaining. This is mainly due to the infectious performance by Sharon Stone who has a great deal of fun chewing scenery and showing off her bod. The actress makes what could have been a groaner into something that tickles both the head and the libido. Couple this with an outrageous series of outfits by costume designer Beatrix Aruna Pasztor and exemplary production design by Norman Garwood and you get a sequel that stands on its own. You may find it laughable at times (well, lots of times) but you walk out of the theater with a grin on your face. David Morrissey gives the right touch of intellectual control and emotional bewilderment at the hands of Catherine. His obsession becomes ours as he, first, tries to unravel Tramell’s psyche only to become bewitched by her obvious charm. David Thewliss is amusing as the detective with his own obsession with Catherine, but with a different agenda than Michael’s. Charlotte Rampling classes up the supporting role of Glass’s colleague and friend, Dr. Milana Gardosh, as she tries to guide him away from ruining his career because of his fixation on Catherine. Basic Instinct 2” is one of those guilty pleasures that, in your heart, you know you should loath but can’t help being amused by the kitschiness of the writing, acting and direction by Michael Caton-Jones. I don’t want to give away any of the surprises and intrigues that the film builds up so carefully with the tongue is firmly planted in the cheek from beginning to end, making “BS2” better than it has any right to be.