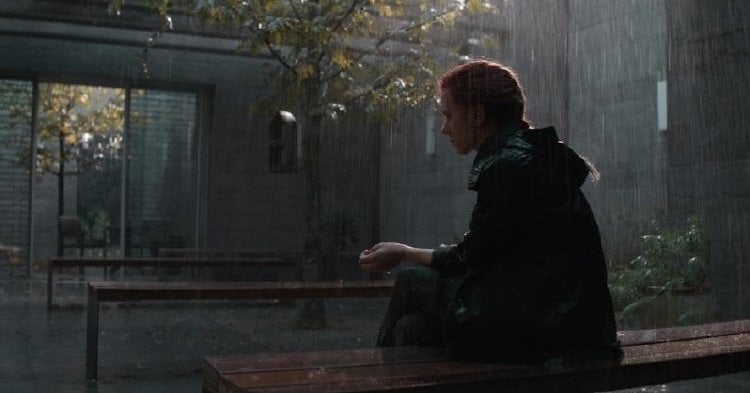 Five years after Thanos (James Brolin) attained all the Infinity Stones to wipe out half of all living things in the Universe, Tony Stark (Robert Downey Jr.), rescued with Nebula (Karen Gillan) from death in space by Captain Marvel (Brie Larson), has hidden himself away from society while the remaining Avengers - Black Widow (Scarlett Johansson), Captain America (Chris Evans), Thor (Chris Hemsworth), Hulk (Mark Ruffalo), Hawkeye (Jeremy Renner) and Rocket (voice of Bradley Cooper) - are given new hope when Ant-Man (Paul Rudd) reappears from the Quantum Realm with a time traveling scheme to reacquire the stones in “Avengers: Endgame.”

You have to hand it to Marvel producer Kevin Feige for overseeing a series of twenty-two films encompassing the Marvel Comics Universe that stood alone, dovetailed and ultimately all come together for this last-of-the-Avengers-as-we-know-them epic conclusion. None of the original Avengers are the same as we first found them, their experiences against forces of evil and with each other having changed them in ways the actors convey both comedically and dramatically. “Endgame” will be a more satisfying experience for those who have followed the entire Marvel series as it brings in elements of all the films (see Natalie Portman for about fifteen seconds!), writers Christopher Markus and Stephen McFeely pulling all of Stan Lee’s threads together, but even those with a more casual acquaintance should be moved by the expressions of heroism on display here. While keeping track of all the various plotlines and how they come into play for this conclusion must have been a gargantuan enterprise, “Avengers: Endgame” works as well as it does far more for its characterizations than its story. The film’s template isn’t really all that different from the “Avengers” which have come before - gather a bunch of characters with conflicting ideas and personalities, keep reconfiguring them into smaller subsets and cap it off with self sacrifice. Tony Stark and Cap may still have their “Civil War” differences, but they need to get past them, even as each fulfills personal needs. Bruce Banner, who has achieved peace between his brains and hulky brawn, now assists Ant-Man in perfecting a means of time travel (it’s not so perfect). With just one chance at achieving success, various teams set out to gather the stones of Thanos’ gauntlet before he got them in order to return to the present and bring back what he banished to dust. The time travel element not only allows for characters now gone to reemerge, but to add new shadings to what has come before. Nebula, for example, figures strongly here, her present self grappling with her past one. In 1970, Tony has an incredibly moving meeting with his unsuspecting dad while Cap spies his long lost love with no time to act. Thor, having gained quite the beer belly in his despair, is both embarrassed and inspired by a meeting with his mother on the day of her death. The Ancient One (Tilda Swinton) must reconsider everything she stands for when confronted with Dr. Strange’s (Benedict Cumberbatch) future action. Most heartbreaking of all is the dilemma confronting Black Widow and Hawkeye. It is shocking to see how these characters have aged over the past decade, Downey Jr. looking gaunt, Ruffalo considerably grayer, Paltrow sporting wrinkles, yet this adds to the emotional gravitas of what their characters have gone through. Like MGM’s old boast, this film has ‘more stars than there are in heaven,’ a jaw-dropping ensemble featuring everyone from Robert Redford to Taika Waititi, yet if there is a first among equals, it is fittingly Downey Jr., the man who kicked the franchise off. His best moments involve embracing the younger characters who look up to him with a newfound humility. This film’s heart, though, belongs to Scarlett Johansson, whose sadness perhaps best articulates just what has been lost. Her Natasha had nothing before the Avengers and Johansson’s evolution of the character has imbued her with soulful drive and compassion. The film isn’t perfect. Its climactic battle falls into the same generic CGI sludge of so many before it, teeming with every character in its universe in a dismal environment while drawing out the film’s already weighty running time. The most recently introduced character of Captain Marvel isn’t well integrated, Larsen’s portrayal achieving the air of someone who regards herself superior to her colleagues. The film’s score is generic and unmemorable. While it has long been conjectured that most who died in “Infinity War” would return, there are still real consequences, characters who will never be seen in a future timeline. There are far more left standing, but the loss is felt more acutely. Stick around for the after credits stinger and you will be presented with something unique in the franchise’s history. Grade: