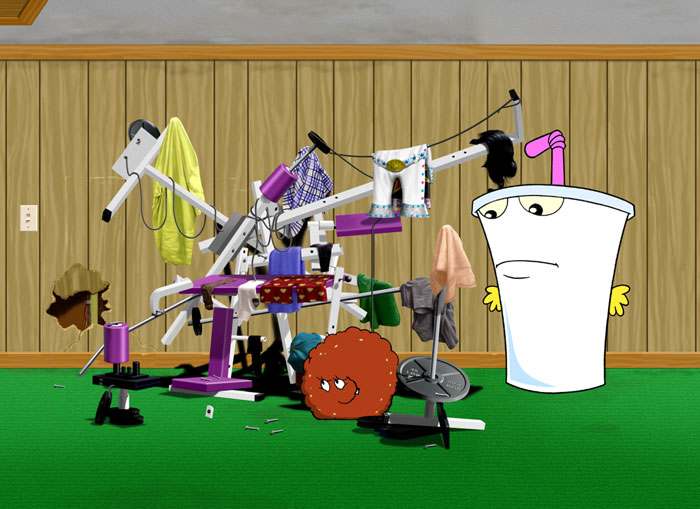 This cult hit from Cartoon Network's Adult Swim series got national attention when a guerilla marketing ploy in the city of Boston caused a day long terror alert. That was one clever bit of marketing, because otherwise this animated flick would have deservedly died a quick death. Using a smart bag of fries, a goofy shake and a stupid meatball as a superhero trio sounds like subversive fun, but the humor behind "Aqua Teen Hunger Force" is of the frat boy variety with no wit about it. There's nothing here that would warrant the kind of devotion that the gross Ren and adorably dim Stimpy did nor is there the outrageous cleverness that allows South Park creators Parker and stone to get away with featuring a turd as a Christmas icon. The disconnected randomness of Matt Maiellaro and Dave Willis's world aims to awe with its weird idea mashups but simply falls flat (just imagine how Parker and Stone would have handled the Lincoln/slave bits that pass for jokes here but instead merely offend). Except for an intriguing opening segment that pits a traditional bunch of movie snacks singing a suggestive jingle pitted against an aggressive punk counterpart, the movie is a bore. Boston's Mayor Tom 'Mumbles' Menino wanted this film banned in Boston and this is the first time I would heartily support that Puritanical ethic. The end would have justified the means.