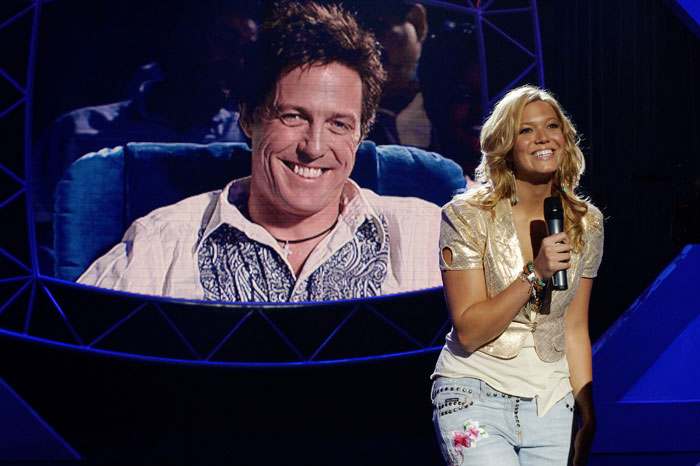 It has been four years since President Joe Staton (Denis Quaid) had last even picked up a newspaper, never mind read it. Now, on the morning following his landslide reelection, he breaks long-standing precedent, orders a New York Times and is stunned to see what has been going on in the world. He becomes a man obsessed, spending all of his time reading instead of governing, pulling him away from the public eye. President Joe’s popularity rating is dropping like a stone but his conniving Chief of Staff (Willem Dafoe) has a brainstorm to bring the numbers up: have the most powerful man on earth sit as judge on the season finale of the most popular show in the world, American Dreamz.”

The different story lines, by themselves, must have seemed brilliant on paper. Spoofs galore, interesting characters and pithy current humor should have been ideas ripe for harvest. The problem with “American Dreamz” is a case of an excess of almost riches. There are four or five stories going on at once and, because they are brought back and forth in a haphazard way, you never really get into any of them. Then there is the also the slapdash way it jumps between broad comedy, satire and silly melodrama, doing none of them well. It’s telling that small supporting characters garner more laughs than the film’s stars. The actors are not the problem here. Hugh Grant does a spot on job of combining TV “American Idol’s” Ryan Seacrest and Simon Cowl into egotistical, sarcastic and droll Martin Tweed the host and judge on the most popular TV show ever: American Dreamz. Tweedy has short bouts of depression that are relieved only when he sees the humungous ratings for his show. Grant replaces his usual aw-shucks, stammering demeanor, with arrogance, cynicism and biting wit akin to his perf in “Two Weeks Notice.” Denis Quaid suffers from having to create a character in the script’s caricature figure of President Staton. I understand that writer/director Paul Weitz is using Joe Staton to poke fun at the current occupant of the White House but doesn’t go nearly far enough showing the man’s (either man’s) flaws. Marcia Gay Harden exudes the intelligence and kindness to give supportive personality to the First Lady, making the most of a usually forgettable character role. Mandy Moore plays the ambitious and talented contestant, Sally, well enough but the character is too conniving and manipulative to be very likeable. Sam Golzari, as inadvertent contestant Omer, is thrust into the limelight when his Iraqi terrorist cell leader, shaking his head over Omer’s clumsiness, sends him to be a (hopefully never used) mole in LA. It is arranged that he stays with his well-to-do aunt and uncle and their teenaged son (totally gay) and daughter (totally hetero). Omer does have one thing in common with gay Iqbal (Tony Yalda): they both love show tunes and dance. This one-shared interest leads to a case of mistaken identity that propels Omer, not Iqbal, into the limelight of American Dreamz. Suddenly, his terrorist handlers view Omer in a very different light. he is ordered to become a suicide bomber to set of his charge when he, as a finalist on Dreamz, shakes hands with the President of the United States. So, we have a ratings monger, an ineffective president – controlled by his manipulative Chief of Staff who is a cross between VP Dick Cheney and Donald Rumsfeld - an ambitious mid-western girl with aspirations to greatness, the guy she leaves behind (Chris Klein) until she needs him for her own gain, an unlikely terrorist who just wants to sing and several other minor story lines. Some judicious rewriting to strengthen up some parts, eliminate others and, simply, make it tighter and more focused would have helped a lot. The talented cast is left high and dry by writer/director Weitz.