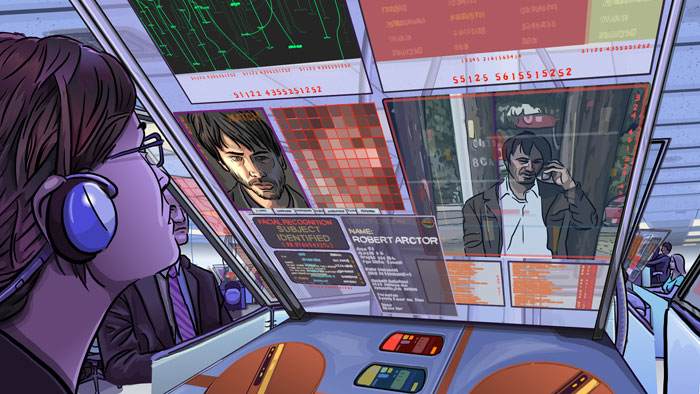 It’s seven years in the future and America is embroiled in a war on drugs, taking over for the war on terror. Undercover cop Bob Arctor (Keanu Reeves) is ordered to run surveillance on his friends - Jim Barris (Robert Downey Jr.), Ernie Luckman (Woody Harrelson), Donna Hawthorne (Winona Ryder) and Charles Freck (Rory Cochrane) – but things get weird when he is ordered to spy on himself in “A Scanner Darkly.”