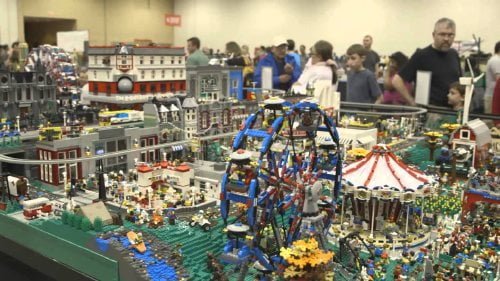 You would have to have spent the last 50 years living in a cave in the Himalayas if you did not know about LEGOs. Filmmakers Kief Davidson and Daniel Junge take us into the heart of the world’s second largest toy manufacturer to show us how it ticks and sparked the imagination of millions in “A LEGO Brickumentary.”

I never played with the iconic plastic bricks so I never developed the fondness that most of the civilized world has for LEGOs. The film gives us an in depth look into the giant corporation and its teams of inventive minds that are constantly creating new uses for the simple brick. The documentary begins with the company’s history and its founder, Ole Kirk Christiansen. The carpenter and toy maker began producing an early version of the brick back in 1949 and his company earned a patent for the modern LEGO in 1958. Since then, the toy giant has had its ups and downs – the Danish factory burned down four times over the years – but has continued to grow and expand and invent. “A LEGO Brickumentary” takes us to the creative teams within the corporation, the conventions and contests where the entrants compete against each other with elaborate creations using the simple brick. The film also follows the biggest project in LEGO history – the creation of a life-size model of the Star War’s X-wing fighter - wing span 45 feet, length 48 feet, height 11 feet. We see the project from start to finish, culminating with the unveiling at the LEGO exhibition “The Art of the Brick” by artist Nathan Sawaya. Did you know that six pieces of 2X4 LEGOs can be put together in over 900,000,000 possible combinations? If you know that fact already then “A LEGO Brickumentary” is a must see for that kind of fan. If not, well, you should see it too, if only to see the lengths the fans of the little brick will go to in their innovative creations.