A Crime on the Bayou 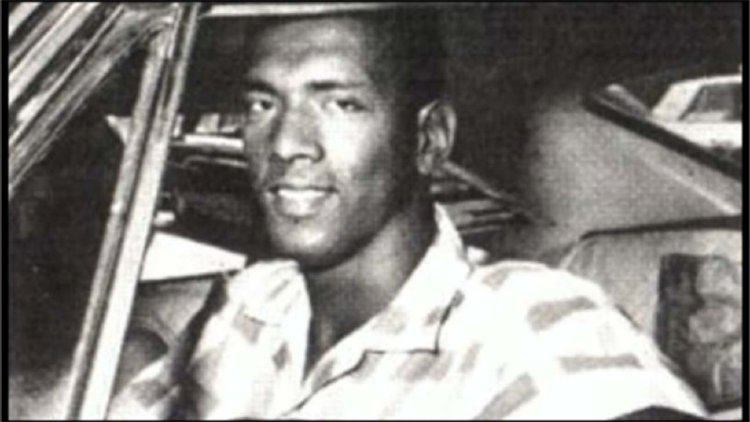 In 1966, Louisiana’s Plaquemines Parish was ruled over by its segregationist DA Leander Perez, a notorious white supremacist.  That was the year 19 year-old Gary Duncan, a local black fisherman, stopped his car to break up a developing fight between white high school boys and their black classmates they were harassing.  In so doing, he placed his hand on one of the white boy’s elbow.  That night he was arrested for assaulting a minor in “A Crime on the Bayou.”

Writer/director Nancy Buirski (“The Loving Story,” "The Rape of Recy Taylor") completes a trilogy of sorts on the civil rights movement with an in depth examination of a fierce fight to loosen a stranglehold of white domination over their fellow black citizens.  While the title of her documentary suggests a lurid true crime story, what we get instead is the eye-opening account of how one brave black man’s refusal to accept guilt where there was none combined with the perseverance of a lawyer, Richard Sobol, who had also experienced prejudice, made its way up to the U.S. Supreme Court and ensured jury trials for us all.

Buirski’s taken a big step up visually from her last documentary, this time blessed with more archival material and live witnesses, including Duncan, Sobol and Bert Grant, one of the young black boys Duncan stepped in to protect, from which to craft her film.  She gives us background on her three major players, also painting a strong sense of the event’s setting via the history of Perez’s bigotry and corruption.  The man who hung onto power by pulling oil money into the parish could deal with blacks as long as they ‘knew their place,’ working as farmers and domestics and behaving with complete deference.  One of the film’s telling moments is watching William F. Buckley’s amused raised eyebrow as Perez denies being a bigot on ‘Firing Line.’  When Sobol won his Supreme Court case, Perez was so incensed, he had the man arrested for practicing without a license and said he should have perished in Buchenwald or Dachau.

One needs to acclimatize to Duncan’s regional accent, but the man is a calm and engaging witness as he talks about the hardship of being the eldest of eight with a single mother all trying to eke out an existence.  Also compelling is Sobol, who talks about his path towards his historical case with moments great, like meeting Abe Fortas, and not so, like finding out the law firm of Arnold, Fortas & Porter, where he found employment, would not hire black secretaries per order of Thurman Arnold.

The road from Duncan’s arrest to the Supreme Court was a long and treacherous one, Duncan continually being thrown into jail on one trumped up charge after another.  It was his denial of a jury trial in Plaquemines Parish (the judge had to change the initial charge because it was illegal before having the man arrested on another, then sentencing him to six months in prison) that led to the Supreme Court and Buirski has procured not only court illustrations but audio recordings of the proceedings.  The film features a jazz score dotted with protest songs by the likes of Bob Dylan.  “A Crime on the Bayou” is a civil rights history lesson, Buirski expanding and contracting her focus to compelling effect, packing a lot into her 89 minute running time.

In 1966, in Louisiana’s Plaquemines Parish, 19-year old Gary Duncan, a young black man, intervened when his two cousins were harassed by a gang of white teens and touched one on the shoulder. Duncan was charged with assault and battery and, by Louisiana law, could not have a jury trial. With the help of his local attorneys, he enlisted young, white Jewish civil rights lawyer Richard Sobol to help plead his case, all the way to the United States Supreme Court, in “A Crime on the Bayou.”

After I watched director-writer Nancy Buirski’s fascinating account of the arrest and eventual trial of Gary Duncan, I realized that I knew nothing about the triumph over Leander Perez, the corrupt and downright cruel boss of the parish. (I recommend reading about Perez for a tutorial of racism, anti-Semitism, rampant corruption and hate in a duly-elected official.)

Filmmaker Buirski, with Duncan and Sobol, among many others, garners interviews for the documentary from them in their waning days. (Sobol died in 2020). The result is a very different documentary on race and hate in the 1960s. Normally, we are shown stories of illegal incarceration, pain and suffering and, as with “Good Trouble,” about John Lewis and the fights he fought for basic human rights for minority peoples.

Here, we have something that explores a very different civil rights outcome. We have a story of a man’s struggle against a political system that should have ended very badly for Gary Duncan. The intervention of his Louisiana-based (and black) attorneys and their recruitment of Washington-based Richard Sobol made the outcome of the case considerably different than was the norm at the time – long prison terms and death.

It helps considerably that Buirski had the cooperation of those who actually took part in the case and garners their points of view in the present. The attention to detail and the copious use of archival material – the details of the corrupt Leander Perez could be an entire documentary on its own – makes for the opposite of a story of a miscarriage of justice. Could we have here a story of the carriage of justice?