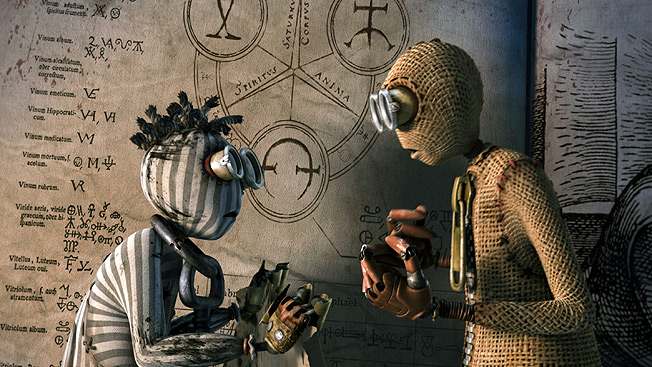 It is a post-apocalyptic world where humankind no longer exists. The earth is now dominated by violent mechanical creatures searching for and destroying a small band of robotic rag dolls that are the only link to the human past. One of their numbers is a born leader who convinces the survivors that the only defense is a good offence and they unite under “9.”

Set in 2010, in the wake of the financial collapse two years earlier, the story, by director Ramin Bahrani, focuses on Nash’s plight in providing for his tiny family. His frustrations are many – no job, no money, no prospects, no home – and it is with desperation that he takes a job with Carver. The crooked realtor sees that Dennis is smart and resourceful and gives him more responsibility in his scams – and money. Nash, though, hides his new found cash and from whom it came from his mother and son. Bahrani delves into the economic crisis of the time with the banks, the cause of the financial meltdown, taking back the properties that they once financed. It is a film of the haves and the have nots where middle class America is a fast disappearing concept. We see this through Dennis’s eyes as he gets to be on both sides of the fence and see the truth. “99 Homes” is a story of one man’s redemption as he slowly loses his integrity and is forced to face that fact and gain it back.