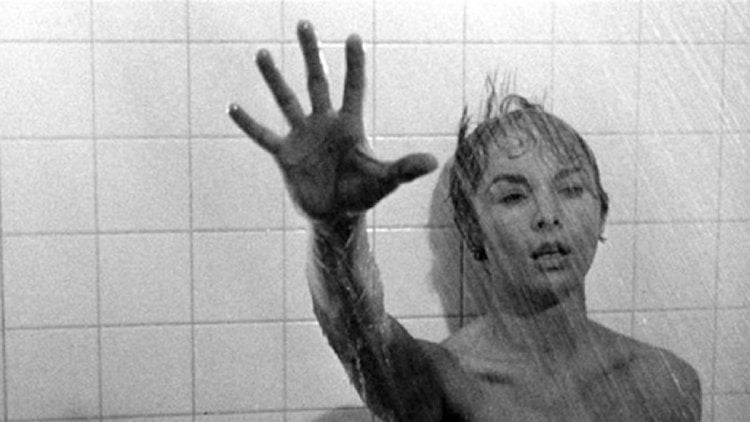 In 1960, Alfred Hitchcock shook the world of cinema with his classic film “Psycho.” It has been studied, critiqued and dissected many times and in many ways. But, the scene that has always drawn the most attention gets even more in “78/52.”

The ironic thing about Alexandre O. Philippe's ("Doc of the Dead") documentary is that it does a far better job of highlighting themes running not only through "Psycho," but much of Hitchcock's work than it does breaking down the shower scene its title refers to (78 camera set-ups, 52 edits). The film, in black and white like the movie it's discussing, doesn't begin to break down the shower scene until around its midpoint. Hitchcock, of course, has been analyzed for decades, so those familiar with his work and the many books written about it, may find little new here, but it is still fun to listen to the likes of Peter Bogdanovich, Guillermo del Toro, Eli Roth, Jamie Lee Curtis, Danny Elfman, Janet Leigh's body double Marli Renfro and Hitchcock biographer Stephen Rebello discuss different aspects of making the film. Renfro tells us she was hired for two days but ended up working for seven, one quarter of the film's production given over to perfecting that three minute scene. Martin Scorsese reminds us that he cut a "Raging Bull" fight scene to "Psycho's" shower slaughter. Sound was achieved by stabbing melons, over twenty varieties brought in before Hitch intoned 'Casaba.' In looking at the zoom out from Janet Leigh's eye, Amy Duddleston, the editor of Gus Van Sant's color remake, says it was impossible to recreate no matter how faithful they were to the original. Elijah Wood notes how Anthony Perkins' twitchy performance in the dinner scene between himself and Leigh suddenly goes dead still when she mentions his mother. "78/52's" mathematical title implies a frame by frame analysis of three minutes of film. We don't get that, but we do get to immerse ourselves once again in the genius that was Hitchcock. Grade:

Any real film buff/fan worth his salt has already seen or read numerous accounts of the making of “Psycho” and, in particular, the famous shower scene. Documentary filmmaker Alexandre O. Philippe focuses on that scene - I do not even have to explain what the shower the scene, it is such an icon and probably the single most known scene from a film in the cinema world – and, with the help and insight of a cast of actors, biographers, directors and uber-fans of Hitch, dissects the scene that consists of 78 camera setups and 52 cuts. Philippe is obviously a huge fan of Alfred Hitchcock and uses scenes from many of his films to show how that unique auteur took the many techniques he used, and often pioneered, and wove them into the fabric of “Psycho.” Hitch used suspense instead of surprise over his many years of filmmaking and this culminates in the gut-wrenching, to this day, scene of the demise of Janet Leigh’s Mary. “78/52” delves far deeper into the shower scene analysis than anything I have seen or read before, and that is quite a bit. The filmmakers raise such questions as: “How did they make the stabbing noses?” and “Did Janet Leigh actually do the shower scene nude?” If you want the answers to these and other questions, you might be one of the uber-fans, like me.