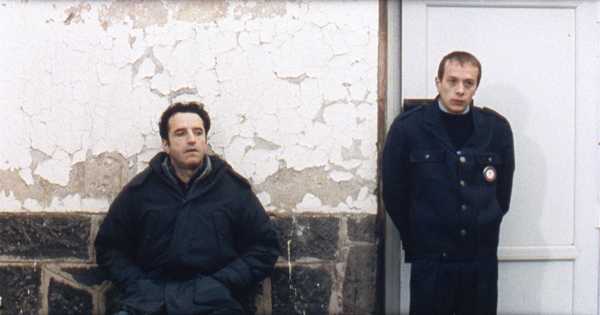 Maite (Valerie Donzelli) is faithful to her imprisoned husband Vincent (Bruno Todeschini), visiting him regularly, But, he is not a year into his long sentence and she grows increasingly lonely for companionship. During one visit, she meets a quiet young man, Jean (Cyril Troley), who is a guard at the prison, and he makes advances toward Maite. She resists, at first, but her need for physical love cannot overcome what will be “7 Years.”

Director Jean-Pascal Haitu, working with a script he co-wrote with Guillaume Daporta and Gilles Taurand, tells an unusual story of a love triangle that is more than one of infidelity. As her affair with Jean progresses, we learn (though she is in the dark) that their passionate activities are being recorded on tape. He gives these recordings to Vincent, who uses them to live a vicarious sex life with his wife. Things change, though, when Maite learns of the arrangement between Vincent and Jean. Valerie Donzelli gives a solid, layered performance as the conflicted Maite. She loves her husband but has needs, too, in his absence from her life. As her needs and guilt they cause conflict, Donzelli physically shows the toll it takes on Maite. Her costars, Todeschini and Troley, support her quite well but the actress is the central figure here. The two men, though, also show the strain and toll taken on each by their “arrangement.” Techs are straightforward, if unremarkable, showing the austere prison life with Vincent always under scrutiny by his captors and Maite’s metaphorical imprisonment in her life without Vincent. 7 Years” is a solid character study of the three principals. Helmer Haitu moves his characters with compassion as their lives are irrevocably changed by the affair.