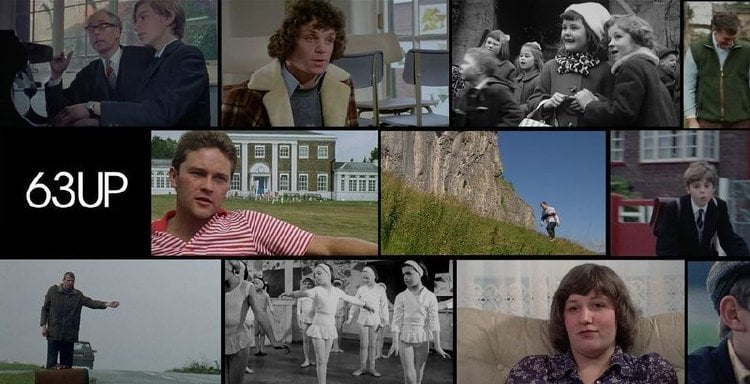 Way back in 1964, filmmaker Michael Apted trawled the English school system for 14 seven-year old children to interview and follow, beginning the “Up” series of programs. Since then, Apted and his team have revisited their subjects every seven years, since, to allow them to continue to tell their stories. We have now come to the ninth installment in “63 Up.”

I have been following Michael Apted’s “Up” series for a long time and may have seen them all over the years. So, as I watched the latest in the program, I was struck with the thought that this is a standalone work that, one by one, re-introduces to the subjects of the study and, through excerpts from the previous eight installments, brings us through their lives and up to date.

The structure of the film begins with subject Tony and what has happened over the past 60 years of his life. Then, each of the subject members is given the same forum to talk about their own lives and all the ups and downs that occurred. As such, even the uninitiated to the series will get a good sense of its scope and intent. For me. It is a fascinating sociological study that would have a dramatically different demographic if started today.