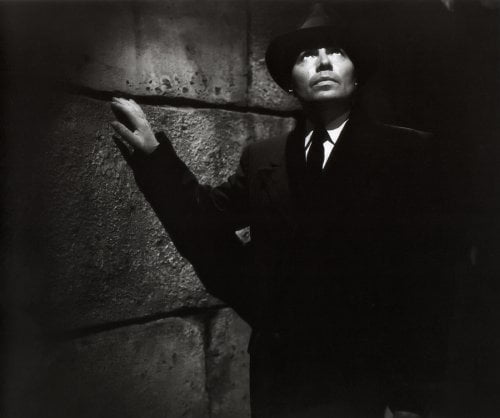 In neutral Turkey, Ulysses Diello (James Mason), the British Ambassador's valet, discovers that his former employer, the Countess Anna Staviska (Danielle Darrieux, "The Earrings of Madame de..."), is in town and looking for a way to support her former lifestyle, the Nazis having taken over her estate in Poland. Diello would like to be her solution and so approaches Nazi officer Moyzisch (Oskar Karlweis) with secrets for sale in "5 Fingers."

Director Joseph L. Mankiewicz isn't credited with adapting this true story written by L.C. Moyzisch in "Operation Cicero" (Michael Wilson, screenplay), but his fingerprints are all over the witty dialogue, which is particularly playful in its dissing of the Nazis. Like his later "The Quiet American," Mankiewicz shoots in exotic locations (the film's title credits advise us that everything was shot where it actually took place, in this case, Ankara and Istanbul) and features an anti-hero as his protagonist. This espionage thriller noir keeps us guessing as to who will betray trust to cash in his chips and Mankiewicz features some tense sequences, the highlight of which is Diello's attempted last score, almost undone by a cleaning lady, Hitchcockian in execution (the score by Bernard Herrmann bolsters the comparison). "5 Fingers" is almost the opposite of "Casablanca," where WWII enemies and their dispossessed gather together in a social situation. There is forbidden romance - Diello accuses the Countess of having been afraid of him because of her attraction to him while he worked for her husband - papers being passed and a planned flight from the city under watchful eyes. But where heroics win the day in "Casablanca," the opposite is true here. And the film packs a wallop in the irony department as well, from the fact that the Germans were handed the particulars of the Invasion of Normandy only to ignore them to the film's gotcha ending (which, unfortunately, seems a bit abrupt after all the intrigue which has preceded it). In the scene where Diello first goes to visit the Countess in her shabby abode, Mason is placed in shadow, skulking through the streets a la Orson Welles in "The Third Man," and Mankiewicz creates a feeling of surreal otherness with a layering of sound, Herrmann's Middle Eastern score clashing with the French chanteuse emanating from Staviska's record player. Mason is solid as the entitled valet, Darrieux every bit the combination of charm and opportunism that is Staviska. Walter Hampden ("All About Eve") is the perfect genial if slight stuffy British diplomat, but Michael Rennie ("The Day the Earth Stood Still") clashes with the rest of the cast as Travers, the man sent in to investigate the British breach. Perhaps the most fun is John Wengraf ("Judgement at Nuremberg") as Count Franz Von Papen, the German who thinks his country is being run by juvenile delinquents.

“5 Fingers (1952)” is a nifty espionage thriller set (and filmed) in Ankara and Istanbul, Turkey with James Mason as the valet to the British ambassador who wants his piece of the pie. Ulysses Diello uses his access to top secret British documents to make a deal with the Nazis. He will provide rolls of film of these documents for the tidy sum of 15000 pounds per roll with the plan to wind up with 200000 pounds and take a permanent trip to Rio de Janeiro and live in luxury for the rest of his life. Things do not go as expected and the intrigues within intrigues keep you guessing to the end. Some of these twists caused me to guffaw out loud as the irony builds.