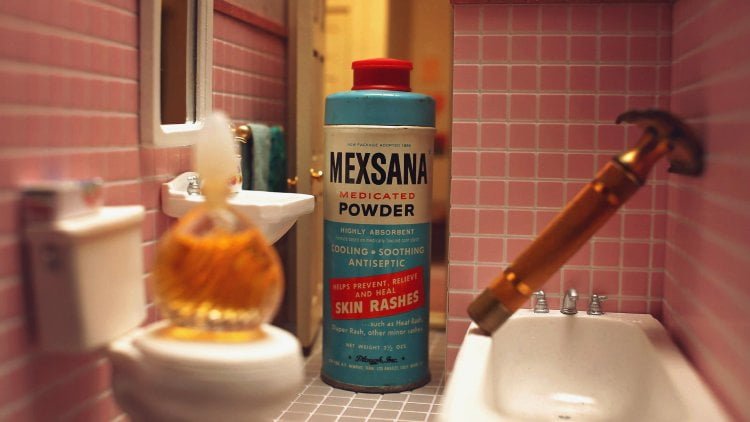 In 2001, Elan and Jonathan Bogarin began a 10-year family project, video recording their grandma, Sarah, each time they visit her at home. But, that project, after Sarah’s death at 96, became a modern day archaeological dig of “306 Hollywood.”

'Grandma bought her house in 1944. She lived here for 67 years. And then she died.' Siblings Elan and Jonathan Bogarin spent every Sunday for 30 years visiting their grandmother with their mother and the last 10 of those years videotaping interviews where they would ask her questions that would be unlikely to come up in conversation ('Do you miss sex?'). After her death, faced with a home stuffed with belongings, the siblings told their mother they wanted to delay selling it for a year so they could examine a life through what was left behind at "306 Hollywood." If Wes Anderson made a documentary about a deceased loved one, it might look a lot like this one. Elan and Jonathan's mother bursts into laughter when they tell her about their planned 'archeological excavation' of their grandmother's home, but the result is charming, a whimsical yet touching examination of a life intercut commentary from the subject herself. A funeral director mentions a belief that a spirit lingers in its home for eleven months, and a portal is conjured in grandma's kitchen through which is found a meticulously constructed, cross sectioned model of her home showcasing objects found within it. The sister and brother use archeological methods, first performing an inventory (five vacuum cleaners, a filing cabinet full of dead peoples' taxes from their grandfather's years as a CPA, seven Band-Aid boxes...), then grouping objects by color creating collages which speak through decades. Cinematic effects are employed, an overlay of an old television console turning a medicine cabinet into a proscenium arch. The dresses Annette made from the fabulous leftover fabrics of clothes she designed for wealthier clients are displayed as a fashion conservator would, then modeled by dancers on the front lawn before being displayed on the home's pitched roof. They lose part of their grandmother when one of their ten videotapes break, then find a darker piece of history in an audiotape of her and her husband Herman engaged in a bitter, well worn argument. During their quest, they discuss the great mystery of consciousness as atoms in disarray, the relativity of time and the sheer magnitude of the first library catalog. The documentary may begin to reach a bit too far into the fanciful as Elan and Jonathan push a giant telescope around the home and their documentation of grandma sitting, dejected in her underwear as they attempt to fit her old dresses on her, may be a bridge too far, but their love for the woman is unquestionable and their examination of her objects left behind does indeed paint a picture. The film is also beautiful to look at, not only because of their creative tableaux, but in how they find meaning in shafts of sunlight in a backyard. Grade:

The video sessions with grandma lasted a decade – the first half of this personal document shows us Sarah from ages 83 to 93, allowing us to get to know about her and her long life. The rest of the film is a video documentation of the archaeological investigation of Sarah, her possessions and artifacts that made her what she is. Supplementing the document of Sarah, the siblings tell her life story as they go through old pictures, home movies, letters and news clippings to show us about her long, mostly happy earthly existence. Sarah, we learn, was a fashion designer and the grandkids give full shrift to that period of her life in an unexpected, colorful tableau of models wearing Sarah’s creations. The Bagorin’s even turn to a professional curator for advice on how to preserve the many dresses. The archaeological study is of a “small” life history - versus the “big” history of the digs of king and pharaohs. Decisions over what is valuable and what is not, where stuff came from and how did it get there and all the other questions, to most, is an ordinary life. But, to Sarah’s family, it is an extraordinary one and their love for Sarah is all there on the screen.