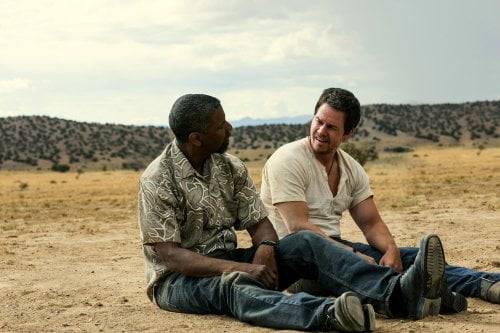 DEA agent Bobby 'Beans' Trench (Denzel Washington) and U.S. naval intelligence officer Marcus “Stig” Stigman (Mark Wahlberg) are both working undercover to recover millions from a Mexican drug cartel. When they try to rob $3 million of Papi Greco's (Edward James Olmos, "Stand and Deliver") money from a local bank, they end up with an extra $40 mil whose owner is a more dangerous mystery. With people coming after them from their own and unknown organizations, they have the added challenge that neither knows who the other is playing for in "2 Guns."