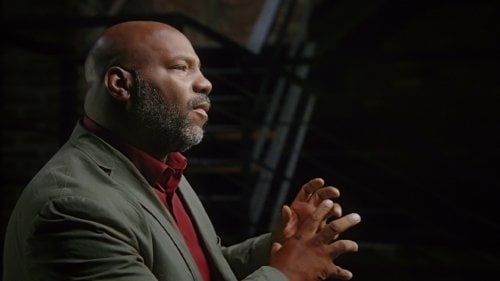 In 1865, Congress ratified the amendment that abolished slavery and involuntary servitude across the United States. The amendment excludes persons convicted of a crime and Ava DuVernay (“Selma”) gives us an in-depth look at America’s prison systems since the signing of the “13th.”

Director Ava DuVernay ("Selma") hones in on the line 'except as a punishment for crime whereof the party shall have been duly convicted' from the 1865 amendment which abolished slavery in the United States and sets out to prove that it has been systematically used since the date the amendment was passed to enforce slavery under a different name in "13th." Employing the typical PBS format of talking heads interspersed with archival footage, photographic stills and headlines, DuVernay builds a powerful case that racial inequality in the United States has been a deliberate goal of politicians and corporations, particularly in regard to incarceration. The ratification of the 13th amendment had a profound effect on the economy of the South, which had been built upon slave labor. Immediately after Blacks were made Free Men, they were arrested in vast numbers for such minor crimes as loitering and vagrancy. As convicted prisoners, they were used as leased labor. Black men were demonized in popular culture, the most egregious example being D.W. Griffith's "The Birth of a Nation." We learn that it was Griffith who invented the cross burning for its cinematic effect. Following a historical timeline, DuVernay presents how the Civil Rights Movement was blamed for crime, how 'mass incarceration' became part of the vernacular in the 1970's and how Nixon and Reagan's 'War on Drugs' and 'Law and Order' campaigns resulted in increasing, racially motivated arrests. We see Nixon aide John Erlichman admitting that the war on drugs was intended to target Blacks. She points out how it was a Black man, Willie Horton, who was used to bring down Mike Dukakis's campaign, the Massachusetts governor a proponent of criminal justice reform. We hear George H.W. Bush and Reagan strategist Lee Atwater discussing surreptitious ways of keeping minorities down. She doesn't let Democrats off either, Bill Clinton's 'three strikes' program proving disastrous. (The current presidential candidates both make appearances, with Hillary Clinton's 1996 'super predators' statement and Donald Trump's 1989 newspaper ad calling for the execution of the Central Park Five, later proved innocent.) Then there's ALEC (American Legislative Exchange Council), a non-profit organization whose members are comprised of politicians, mostly Republican, and corporations looking to profit. They draft bills together, like Florida's 'Stand Your Ground' gun laws. Getting back to the economy, there is the privatization of the penal system. Corrections Corporation of America wants there jail cells filled. Further ramifications of racially based incarceration (and most of the statistics are jacked up by nonviolent crime) include loss of rights. It's tough to get a job and you can no longer vote. Let this sink in - 30% of Black men in Selma today cannot vote. The current police violence against unarmed Black men is addressed and DuVernay also ponders on the ethics of showing pictures of the dead. Back in 1955, Emmet Till's mother insisted her murdered fourteen year-old son's casket be open, sparking outrage. Today it's Philandro Castile's fiancee shooting video with her phone. "13th" is powerful stuff. It's meant to anger us and it does. Still Eugene Jarecki's 2012 "The House I Live In," although more limited in focus, arrived at the same conclusion. DuVernay has expanded on the concept, going a big step further by pointing at the very document which defines our country. Grade:

The full text of the 13th Amendment reads: “Section 1. Neither slavery nor involuntary servitude, except as a punishment for crime whereof the party shall have been duly convicted, shall exist within the United States, or any place subject to their jurisdiction. Section 2. Congress shall have power to enforce this article by appropriate legislation.” On the surface, it appears that the 13th eliminated slavery in America but for the phrase “except as a punishment for crime whereof the party shall have been duly convicted.” Those 14 words, though, affected millions across the country and government policies, such as Richard Nixon’s War on Drugs and total War on Crime, led to an inordinate number of African American incarcerated in our prisons. As expected, DuVernay and co-writer Spencer Averick gives a lot of statistics: in 1970, just before the War on Drugs, there were about 357000 incarcerated in the US. By 2014, that number skyrocketed to over 2.4 million, with a disproportionate (nearly half) being African-American. During that period, the prison system changed from government-run to Prisons for Profit with private corporations running many of our prisons. This profit motive, the filmmakers declare, spawns enforcement of the drug laws, especially in our inner cities, resulting in the ever-growing prison population. But, what does this have to do with the 13th Amendment? One result of the Prisons for Profit is that there is a vast potential work force that can be tapped – cheap. Over the past decades, corporations have set up factories in the prisons – one corporation even builds Patriot missile guidance systems with prison labor. This makes sense, from the corporate viewpoint, where the US has 5% of the world’s population but has 25% of all incarcerated people in the world. The filmmakers also give a concentrated look at our turbulent race history since 1865. Reconstruction resulted in forced black labor, lynching of black men by the thousands until the start of WWII and enforced segregation, especially in the South. Laws like “Three Strikes” are aimed primarily at the black community and its youth, making mandatory minimum prison terms the rule of the land, guaranteeing a permanent work force to be exploited. There is much more information contained in “13th.” After all, we are talking about 150 years of American history, making for a densely packed, informative (though not necessarily entertaining) and clearly laid out chronicle of that history.