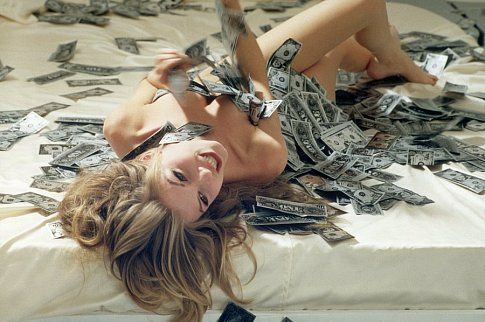 The first thought that comes to mind after watching Roman Coppola's 'filmmaker making his first film' paean to childhood memories of the 1960's is to wonder if the project would have been backed had the first-timer not been the son of executive producer Francis Ford Coppola. Nepotism reigns in this self-reflective, self-indulgent retro filmmaking in-joke, but Coppola does achieve some nice visuals and film students should get a laugh or two.

Paul frustrates his French stewardess girlfriend Marlene (Elodie Bouchez, "The Dreamlife of Angels") with his constant 'recording of truth' in their tiny apartment. She sanely suggests his footage of her sleeping (which suggests Godard's "Breathless") might be boring and frets over his emotional distance.

Paul professes to be besotted with Marlene, but abandons her repeatedly when anything film-related calls. He's in awe of Felix DeMarco (Jason Schwartzman, "Rushmore"), a pretentious fop filming a vampire flick (shades of Roman Polanski?) who instructs Paul to make Dragonfly's trailer 'fabulous.' When Paul meets the fresh-faced star of the film, Valentine (newcomer Angela Lindvall), who Andrezej discovered during a student riot, he's smitten.

The film-within-the-film is a Barbarella-esque spy story where a corporation hires Dragonfly to take out dangerous rebels (mirroring the student rioters), led by Mr. E. (Billy Zane, "Titanic," going for Che Guevara) on the dark side of the moon. During Paul's first location shoot, his film is stolen, but returned by its former director, Andrezej, who emerges with it from a darkened doorway (Hal Ashby as Orson Welles in "The Thin Man?") just where Paul needs to insert Dragonfly's climatic mystery meeting. Having met 'himself,' Paul gets the idea for his film's finale.

If Coppola gets anything across in his screenplay, it's that he was privileged to be around some world class filmmakers in exotic locations at a very young age. He has Paul's father (Dean Stockwell) appear briefly, in the black, thickly framed eye wear of European filmmakers, to advise him "You never know when a little overheard story or image might find a place in your work." Paul attends a New Year's Party in Rome with Enzo (and his mistress, played by Roman's sister, director Sofia Coppola) right out of Fellini's "La Dolce Vita."

Roman's ideas about the filmmaker's vision are less clear. While Paul's "Dragonfly" finale indicates he feels sold out by his experiences making the commercial film, what are we to make of his b&w cinema verite? Marlene calls it boring. When Paul's called urgently by Valentine to witness the birth of kittens, he smirks at her roommate, who's filming the event while making proclamations about truth. Yet Paul's film is entered in a small festival where it's watched by seriously rapt students as Paul rues his loss of the iconic Marlene (sounding for all the world like Mike Meyer's beatnik ramblings in "So I Married an Axe Murderer") before flashing to his present, now color, world with Valentine. Is this Roman's advice to student filmmakers with less family playdoh to not let life pass them by?

Technically, the director has surrounded himself with some heavy hitters, such as dad's "Godfather" production designer Dean Tavoularis. The film's biggest success is evoking its period, from the funky retro film techniques used by cinematographer Robert D. Yeoman ("Rushmore") and editor Leslie Jones, to set director Phillipe Turlure's treasure trove of historic filmmaking equipment (the first shot in "CQ" is of a sound recorder as Paul narrates 'This is my Nagra 3'). Music by Mellow gets the era right. Costume by Judy Shrewsbury ("Trouble Every Day") is amusingly accurate (Valentine's pearlescent pink space suit with white fur collar is groovy, baby). Coppola made a find in Angela Lindvall, who recalls the freckled freshness of 70's model Patty Hansen as Valentine and the porcelain perfection of the late Sharon Tate as Dragonfly.

Coppola interrupts his film to let a group of fantasy film critics weight in. "Do you think you're clever?" asks one. At least we know Roman's in on his own joke.