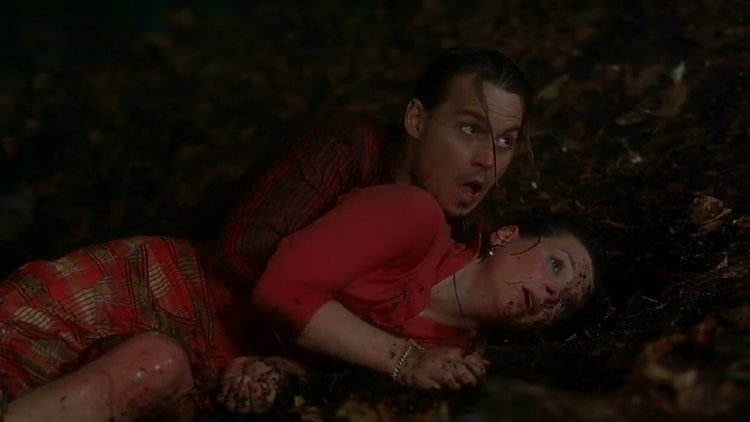 The French village of Lansquenet, ruled by the morally rigid Comte De Reynaud (Alfred Molina, "Boogie Nights"), prides itself on its tranquility. That surface peacefulness is churned up when a cold North wind blows the red cloaked Vianne Rocher (Juliette Binoche, "The English Patient") and her daughter Anouk (Victoire Tivisol, "Ponette") into town in director Lasse Hallstrom's ("The Cider House Rules") "Chocolat."

Ironically, the first resident Vianne meets turns out to be the like-minded Armande (Judi Dench, "Shakespeare in Love"), an old woman estranged from her daughter (Carrie-Anne Moss, "The Matrix," as Caroline) and grandson (Aurelien Parent Koenig as Luc), who is renting the dilapidated patisserie Vianne is interested in. After applying art and elbow grease, Vianne opens Chocolatier Maya at the beginning of Lent, outraging the Comte yet intriguing many of his townspeople. Soon her chocolates have sparked the love life of a middle aged couple, started a senior romance between dog lover Guillaume (John Wood, "An Ideal Husband") and war widow Madame Audel (Leslie Caron, "Funny Bones"), engaged timid battered wife Josephine (Lena Olin, "Mystery Men") and secretly reunited Armande and Luc.

The Comte tries to run Vianne out of business by spreading rumors at the local hair salon and having Pere Henri (Hugh O'Connor, "The Young Poisoner's Handbook") denounce her wares as sinful in his sermons, but he can't argue with her harboring of Josephine. The Comte makes Josephine's loutish husband Serge (Peter Stormare, "Dancer in the Dark") his mission by attempting to turn the man into a gentleman and save the sanctity of his marriage.

The standoff is intensified when Irish gypsies known as river rats dock along Lansquenet's river to sing, dance and sell trinkets. The Comte declares them morally bankrupt and posts signs at the town's businesses, but Vianne not only welcomes them, she falls for the dashing Roux (Johnny Depp). Vianne further tweaks the Comte by planning a fertility festival on Easter Sunday.

Adapted by Robert Nelson Jacobs ("Out to Sea") from Joanne Harris' novel, "Chocolat" is one of those prefabricated fables about a life affirming stranger who rails against the repressed status quo and wins. Yet, while it sounds sickly sweet, it plays better than it has a right to, largely due to a grounded yet glowing performance from Juliette Binoche. She makes Vianne a non-pushy puppetmaster whose gentle guidance rewards all who allow her influence into their lives. Vianne, after all, tempers the sweetness of her confections with chili pepper. This fiesty flavor also symbolizes the firey nature of Armande, a woman who lives life to its fullest. Dench, like Binoche, tempers the gooeyness which keeps her refound relationship with her grandson from becoming overly sentimental.

Of the supporting cast, Depp (who's in, maybe, ten percent of the film) gives some juicy line readings, but is really relegated mostly to the sidelines. John Wood is touching as the elderly courter and Hugh O'Connor is amusing as the pop eyed young priest. Young Aurelien Parent Koenig brings layers of darkness to budding artist Luc while Thivisol makes for a determined Anouk. Alfred Molina, however, drifts into caricature as the Comte, barely toning down the mustache twirling he brought to "Dudley Do-Right."

Hallstrom's confection may be nothing new, but it goes down easily.