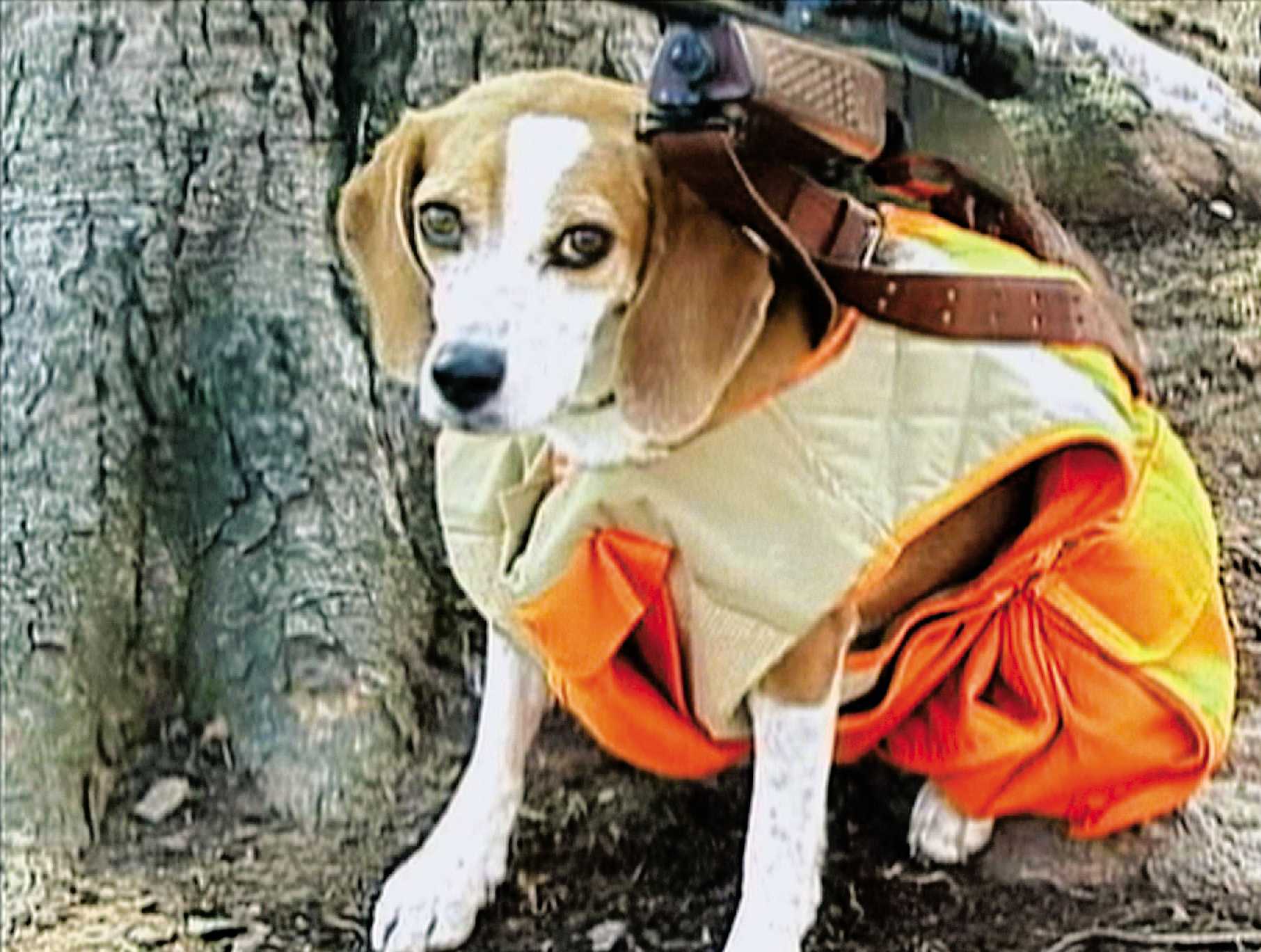 NRA member for life, Michael Moore ("Roger & Me"), takes a hard look at America's obsession with guns in his latest investigation, "Bowling for Columbine," the first documentary accepted into competition at the Cannes Film Festival since 1956 and winner of a special 55th Anniversary Prize.

Activist/Documentarian Michael Moore ("Roger and Me," "The Big One") tries to identify the cause of gun violence in America in his Cannes award winner, "Bowling for Columbine." The film opens in the United States just as Maryland authorities search for a murderous sniper.

The persistently disheveled Moore begins his journey by opening an account at a Midwestern bank that offers free rifles to new customers. 'You're a bank AND a licensed firearms dealer?' Moore asks incredulously, questioning the logic of handing out guns in a bank. Moore has a scary visit with James Nichols, brother of Timothy McVeigh partner Terry Nichols. He talks with a state trooper who tells of the accidental shooting of a hunter who had dressed his dog as one while expressing admiration for the resultant photograph. He visits Columbine and uses the school's security tapes of the massacre that took place there.

Moore attempts to form threads, such as noting that Terry Nichols went to High School in the town next to where he had and interviewing a kid who used to make bombs in that same town (Oscada). He notes that the world's largest weapons manufacturer, Lockheed Martin, is located in Littleton and revisits them when he learns they sponsor the 'welfare to work' program that the mother of a 6 year old shooting victim was in. Ironical perhaps, but what exactly does this prove?

Moore's crusade to KMart headquarters with two Columbine victims to request that they stop selling handgun bullets is a retread of his earlier work. His surprise when they capitulate may mask disappointment at not being able to serve up yet another American corporation as the bad guy.

Moore does serve up many surprises though. American Bandstand's Dick Clark turns out to be not such a nice guy while Marilyn Manson is thoughtful and eloquent. Moore has a conversation with Charlton Heston, revealing the man as racist while revealing himself as a card carrying member of the NRA. An animated history of America hilariously skewers our national blood lust, while providing a neat segue to his most cogent exploration and contrast - that of fear in America and the vast difference between us our northern neighbor, Canada, where 7 million guns are present in 10 million households but murder is practically nonexistent. (His schtick testing the statement that Torontans don't lock their doors made me wonder how many received unwelcome visits after this film was shown at the Toronto film festival.)

Moore travels across the US, with forays to our neighbor to the north, to try to get to the bottom of the burning question: Why does the United States have a murder rate of over 11000 per year when Canada, for example, with higher unemployment and 7 million guns shared among 10 million households, has a kill ratio that is a small fraction of that in the US? Moore examines the answers to this and other related questions, at length, in a usually serious but frequently funny manner.

The title stems from the events that took place on that fateful day, 20 April 1999, in Littleton, Colorado when Eric Harris and Dylan Klebold went for an early morning string of bowling just before they began their notorious killing spree at Columbine High School where 12 students and one teacher were left dead. The entire country was aghast and shocked at the thought that two teenagers would and could muster the firepower necessary to accomplish such a mass killing. With the help of a pair of the surviving Columbine victims, Moore invades K-Mart headquarters (one of that company's stores supplied all of the ammunition used by the murderers) and was able to get the company to commit to cease and desist selling ammo in all of their stores. This portion of the documentary was the meatiest and, from Moore's reaction to K-Mart's almost immediate capitulation, disappointedly unexpected.

The rest of the film is made up of a series of vignettes. Moore spends time with the Michigan Militia shooting guns and talking about the right to bear arms (and meets the models of their Militia Babes calendar); he interviews James Nichols, the brother of the Oklahoma City federal building bombing accomplice Terry Nichols (giving the film some of its most chilling moments); he compares murder statistics of other countries - which number in the hundreds or less per year - to the 10+ thousand the US chalks up annually; he contrasts the American media's penchant to focus on violence and fear in news programs with the more benign way other western countries inform their citizenry on their night news reports; and, he provides a clever, poignant animation explaining that fear of others drove the white rulers of America to take up arms against those different from them, like the British, Native Americans and the black slave population and their descendents.

Moore has a lot to say on his subject of violence in America and he tends to meander from one aspect to the next. It's all very interesting but the wealth of statistics and varied opinions makes the film seem plodding when it should be energetic. One of the problems is the coda-type interview with NRA prexy, Charlton Heston. Moore tries to corner the thesp into making a statement as to why America is so in love with guns and why there is so much violence. Heston, who obviously isn't a fierce creature, couldn't answer Moore's questions to the documentarian's satisfaction and the interview degenerated to a badgering session. While having the head of the National Rifle Association as one of his subjects is a boon for Moore's project, the lack of a definitive answer makes the big finale fall flat.

There is a lot to chew on, intellectually, in "Bowling for Columbine" with all the requisite drama, personal suffering (as when Moore tries to make sense out of recent incident when a six year old boy, toting his uncle's loaded gun to school, shot and killed a little classmate) and humor. But, the answer to the question I stated earlier - fear drives Americas murder frenzy - is too glib to be the one answer. The food for thought that Moore feeds us is still potent stuff.