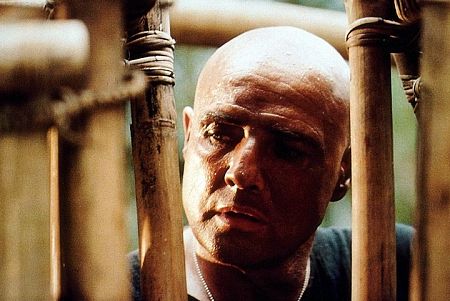 Everyone knows about the Oscar-winning 1979 film "Apocalypse Now" and, if you're a film nut like me, also about the trials and tribulations of that problem plagued production. Years in the making, the film was released, to both critical and popular acclaim, in a 150 minute version. It is a film that is easily a member of the top 100 films of all times club. But, as with anything that has dollar signs attached to it, the filmmakers decided to re-cut the film, restoring footage that fell to the cutting room floor more than two decades ago and, like the phoenix rising from the ashes, giving Francis Ford Coppola the chance to show us his "real vision" in "Apocalypse Now Redux."

Is the new version better? No, I don't think so. The French plantation sequence tries to give some historical perspective, but it's dialogue is clunky, particularly between Willard and Roxanne (Aurore Clement). Coppola had great instincts for what he wanted his score to sound like, but the newly done piece for these scenes sounds like sappy synth. It does feature a lovely piece where Clean (a fourteen year old Laurence Fishburne) is buried, that further fleshes out Chief's (Albert Hall) character, but Coppola and his editor Walter Murch's instincts were right on this bit the first time.

In fact, "Redux" has the overall result of making us know all of Chief's men - Sam Bottoms' surfer Lance, Fishburne's Clean and most of all, Frederic Forrest's Chef - much better, while making Willard more of a blank slate. Willard's at odds with himself in "Redux." He has no time to delay his mission when Chief wants to seach a boat or subsequently take a wounded civilian for medical care, yet he'd trade two precious barrels of fuel for a couple of hours with some Playboy bunnies? Speaking of the bunnies, their restored extra scene at a hellish medevac camp feels exactly like a DVD outtake thrown into the cut. The concept of men operating without a CO is explored far more convincingly at the last American outpost where Willard asks a crazed soldier who his commanding officer is and is asked in return 'Aren't you?'

Still, seeing "Apocalypse" in any form again on the big screen in a new Technicolor print is a treat, although the print I saw suffered from more blips and scratches than I would have expected. We can appreciate that Robert Duvall's cracked Colonel Kilgore is one of the great film characters ever to march across the big screen. Extra footage is mostly welcome with his character, although Kilgore's loudspeaker demands for the return of his surfboard, stolen by Willard's gang, carry the joke too far. Brando gets his Time magazine reading added, showing a more rational Kurtz than any original scene ever did.

Mostly what "Apocalypse Now Redux" points out is how much Coppola was indebted to his editor (Murch began with 1.25 million feet of film!) and brilliant cinematographer Vittorio Storaro. "Apocalypse Now" packs every bit as much punch now as it did in 1979 and we can thank "Redux" for reminding us.

Longer does not necessarily make better and, sometimes, there is a reason for scenes to be dropped in the editing process of a film that is an artistic achievement like "Apocalypse Now." The original movie - which, by the way, ended with a B52 strike, an ending the was deleted after the film's first run, a decision by the director because he felt the audience would not understand his intent. I, personally, preferred the original original - was not a perfect movie. The flaw lay in the theatricality when Colonel Kurtz (the notorious Marlon Brando) enters the picture. Prior to that, the road trip (well, river trip) that brings Captain Willard (Martin Sheen) to the renegade colonel's lair is a varied, violent journey that uses the backdrop of the failing American effort to stop Communism in Vietnam.

The film, even the '79 version, is made up of a series of interludes involving Willard and the crew of the Navy motor patrol boat assigned to his secret mission, the kind of heavily-armed, plastic-bottomed boat that prowled the rivers in search of Charlie on Vietnam's massive Mekong Delta. We all remember the unforgettable Colonel Kilgore (Robert Duvall) and his Ride of the Valkyrie attack on the heavily-armed Viet Cong compound - "I love the smell of napalm in the morning...it smells of victory" is a movie line that is up there with "In all the gin joints in all the towns in all the world she had to come into mine." Then there's the Playboy Bunny bit and the last outpost scene and sampan sequence and more. So, with this wealth of well done, beautifully shot (cinematography by Vittorio Storaro) scenes that put a unique spin on the Joseph Conrad story, "Hearts of Darkness," can it be made better? In a word, no.

The makers, led by Coppola and long-time collaborator, editor Walter Murch, have reassembled the film from original unedited raw footage and included not only missing scenes, but reedited and repositioned existing scenes, as well. In my honest opinion, I liked the restructuring of the original movie scenes the makers made. They give the individual sequences more clarity. But the added, previously unseen, scenes do not work. The Colonel Kilgore sequence is extended with Willard and company stealing the mad commander's favored surfboard, introducing a mirth in Willard that doesn't fit the character. The much-discussed French plantation sequence resolves some things that were at loose ends in the original, but, overall, the added footage is completely out of context to the rest of the film except to narrate the past, war-ridden history of Vietnam and its colonization by the French. Most of it feels like a personal travelogue that belongs in an another film entirely.

An expanded Playboy playmate sequence that has Willard trading diesel fuel for sexual favors for his crew goes against the grain and is introduced, I think, because they had the T&A, so why not use it now? Otherwise, the scene does not belong. An additional progression with Kurtz reading a Time magazine to the captive Captain Willard helps to show the "normal" side of the colonel following an insane, brutal act and it fits well.

Coppola and company have made a bigger, but not better, movie that does have to be seen, especially on the big screen. If you extract the bloated, additional stuff and keep the restructuring you might come up with something that really is an improvement over the original. This version isn't. The '79 "Apocalypse Now" gets an A and "Redux" diminishes with a B+.